Beware of Romanticists – Vol. 6 of “The Three Kings of Ybor”

“Revenge is overrated if your target is everyone.” – Robby McCloud

How does one stop a terrorist organization? Can it ever truly be stopped?

Eliza Christie and August the 18th has set out to match blood for blood in a brutal war of attrition against the notorious Pierce Syndicate. The situation goes from brutal to tragic when the conflict ends up taking the lives of over thirty Tampa police officers. Racked with guilt, the resentful Eliza comes to a fork in the road where she must decide whether she should disband the 18th or continue to put herself in harm’s way. Her best friend Robby reminds her that at the end of the day, essentially they are just college freshmen.

Just when all seems hopeless with every path just as bleak and dreary as the next, salvation arrives in the form of a blue-eyed angel. After keeping to the shadows for months during August the 18th guerrilla war, the enigmatic private investigator Gavin Hassell takes to the stage. Aside from uplifting Eliza’s distraught spirit, he comes bearing a dangerous yet viable plan to stop an impending Pierce Corporation takeover.

Gavin is a wild card. No one knows his motives. No one knows his background. No one knows that he’s just as deadly and strong enough to stand toe-to-toe with the syndicate’s best. All of this makes him extremely unpredictable with just cause to remain skeptical. To Eliza, none of that matters. Spurred by hot-blooded lust and an insatiable desire to ravage his body, Eliza digs deeper and finally learns the truth about Gavin’s grizzly past. As calm and sedated as he seemed, who knew such fits of rage could devour him whole.

Eight for Death, Seven for Peace – Tales from Ybor

Ybor is a district of Downtown, Tampa Florida.

When a young street tough stabs a nonviolent door-to-door preacher, a small town urban neighborhood becomes infected by several of the most notorious criminals in the world. Continuing with the “Tales of Ybor” stories, this title contains graphic violence and street level language. While “The Godfather’s Sword” revolves around Braden Pierce, the prodigy syndicate enforcer, “Seven Deaths” introduces us to one of the few individuals who can match him in skill and execution. Gavin Hassell is an indiscriminate killer who sets his own agenda based on the highest bidder and his own private personal constitution.

“The Boys from Racetrack Road” short story is out!

“The Boys from Racetrack Road” is an edgy action comedy about a wisecracking competitive delivery driver with a penchant for street racing where the opportunity presents itself.

In episode 1, we’re introduced to the world of Maxwell Blaz. It isn’t an easy one, and right from the get-go he’s put in a risky race through a suburban neighborhood. Consequently his skills are caught by the eyes of Mirror, the vice-head of the Bronze Tigers race team. In dealing with his friends and time-consuming sisters, Max has his hands full on Good Friday and the night hasn’t even started yet.

In the upcoming episode, Max begins his Friday night shift at the Pizza Shack and the fun begins. Joined with his delivery/racing buddies Eric and Robbie, a competition ensues for who can collect the most tips. Add that with the non-stop bickering between shift leaders Jon and Chris and you have your typical night working for a pizza delivery joint. Then of course there’s Mirror. Completely captivated by Max’s reckless driving skills, Mirror’s determined to see for himself if Max’s previous win was a fluke or something more… 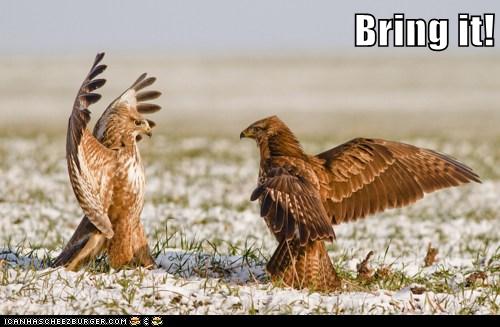