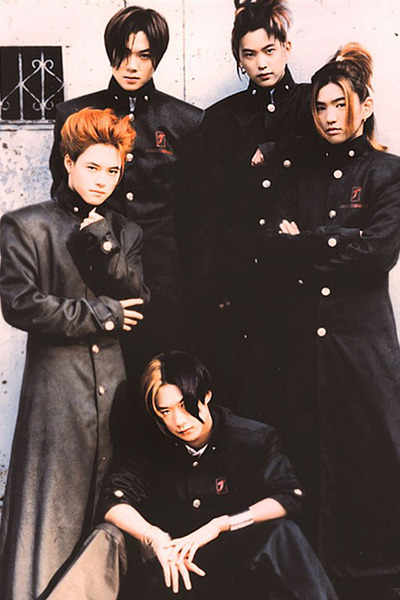 While I was getting my metal fix listening to Dir En Grey, my hunger for good kpop, that mellow, that yin to my yang, never ceased. By early March 2007, I had replayed H.O.T, DBSK, and Big Bang songs as much as I could…but I needed something new.

Back then, I was part of a kpop forum where users had threads of their favorite groups and singers. I believe it was called z-degrees.net. And one particular thread had a massive collection of kpop discographies. We’re talking every album ever produced before 2006 was here for the stealing. Pretty much what it was. But at the time, in my 20-year-old mind, I didn’t see it as stealing. I saw it as sharing.

Anyways, I discovered that my legendary H.O.T., had produced more than just the five albums I originally found. They produced a soundtrack called Age of Peace, OPT. Of course this was a treat for me. Because it was rockin, reminiscent of their “Iyah” album. But I also found out that the lead singer, Kangta, wrote a song for a rival/contemporary group called NRG, titled “Sad Rain.”

The song struck a chord with me. I can’t say that it blew me away from the get-go, but it definitely lingers long after you hear it. So I sought out NRG to see what this band was about. And lol, it was the next video I saw that hooked me.

Hahaha! So let me explain. Because if you’ve read my memoirs up to this point, you’ll find a contradiction with me. I’m not keen on groups imitating one another. I don’t like the idea of everyone cashing in on a trend. I respect creativity, the pioneering of treading into uncharted territory.

However, I will say that I’m in favor of artists of all walks of life, whether you’re a writer, painter, sculptor, actor, or musician…if you admire another artist, imitate them and then go a step further in the pursuit of doing better than what they did…I can applaud that. Sort of like how Michael Jackson admired James Brown and Jackie Wilson, imitated them, and then went on to do something better. No lie, I had a huge debate in my class about this back then.

The problem with today’s music is that there are too many who are merely content on doing exactly the same of their contemporaries, following the same formula, comfortable with that niche without the courage of showing any individuality that might separate them from that which they set out to copy in the first place.

Goes without saying, H.O.T was the first of its kind when it comes to kpop music that blended rock, rap, and dance pop elements. Next to them came Sechskies of DSP Entertainment to give H.O.T. a run for their money. Then, it was NRG.

Despite how much I absolutely loved and played out “Messenger,” it was hard to look past the thought that NRG was still merely an imitation of H.O.T. Not a cheap imitation by any means, but an imitation nonetheless.

That was…until I heard their third album and the song, “Face”

The thing that separates NRG from H.O.T and the other bands is their rap and the intensity of their songs. Their third album in particular…my God. “Face” is from their third album, but there’s another song that’s 10x more significant.

You gotta understand, NRG was a boyband, a kpop group on paper. But their music, their lyrics, their rap and blended genres…Just listen to this song and you’ll see what I’m talking about:

I skipped class one day and took my best friend Eliza to the waterfront park. I played her this song. I remember grinning so much in anticipation for it to get to :48 seconds in. It’s one of the most incredible sounds I’ve ever heard. I’m not lying. It doesn’t make sense. I still can’t make sense of it. I welcome comments about it.

NRG was awesome, pure and simple. The fact that even H.O.T recognized them as their rivals was pretty significant. NRG debuted in 1997. Their first two albums released in 1997 and 1998 sold 200,000 copies and 300,000 copies respectively.

To be honest, I didn’t know much about their background. They barely had a Wikipedia page back then. But what I did learn…it was a bit heartbreaking.

I had actually seen Myung-hoon before I heard of the NRG group. I saw him in clips from Korean variety shows that featured members from DBSK or Seven. Myung-hoon was always a memorable character because he doesn’t exactly look like a former boyband member. But he’s wicked talented. I remember sometimes watching him more than the DBSK members that I clicked the video to see.

This was the first video I saw of him. Features DBSK’s Yunho in the beginning, but Myung-hoon dances towards the middle.

And then, there’s this gem:

HAHA! I must have seen the above video a thousand times. Like, seriously. If I wanted to impress a girl where everyone else is looking all cool and sexy with their dances, I’d bust out those Myung-hoon moves.

But on a serious note, apparently there was some differences among the members after their second album with the “Messenger” single. Two of the members, including Myung-Hoon left the band. Leaving the trio of Hwan-sung, Sung-Hoon, and Yoo-Min. That means the awesome hits of their 003 album like “Face” and that Rhapsody song I mention, it came from those three. 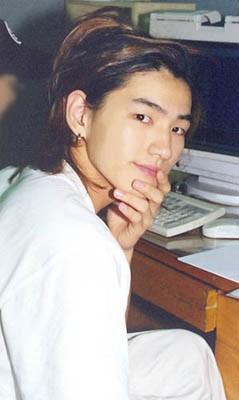 Then, tragedy struck. Hwan-sung at the age of 19 died from a sudden virus infection on June 15, 2000. I remember when I read that…a haunted sensation came over me when I listened to their music again. It’s another one of those inexplicable things. Perhaps its because I was 20-years-old at the time and wasn’t really feeling good about my own life.

I learned that their song “Sad Rain,” the first song I ever heard from NRG was written by Kangta of H.O.T specifically in honor of the departed Hwan-sung. The two members who left the band reunited after Hwan-sung died and released a fourth album with “Sad Rain” as their title track.

I didn’t know these individuals on a personal level. I’m not Korean. But I remember feeling that tragedy when I learned what had happened.

I really hate it when young people die. So many assholes grow up and do horrible things. They thrive and oppress and trample on the innocent. Those people live while young people who have barely spread their wings, perish. This sentiment would go on to have a greater effect on me as I continued my education, especially in my Humanities class where I’d learn about a number of artists who became famous only after they’ve died at an early age.

In April of 2007, I decided to take a six month leave from film school. Everyone advised against it. They told me when people take time off from college like that, they never come back. But their doubt only fueled my determination. I said I’d come back in October to finish school, so I did.

And honestly…it was one the best decisions of my life. Ever since I graduated high school, I’ve been in “drive” mode. I moved to Tampa a month later to begin film school, still at the age of 18. And from July of 2005 all the way till April of 2007, all I did was work and go to school. Follow orders. Take directions and do my best to complete the tasks doled out to me.

Being in film school, I didn’t enjoy what they were teaching me to do. It’s not what you’d expect if you like movies and go in thinking you’ll produce and make films that you love. No. You have to work in teams. And there, my friends, lies the rub.

Because if everyone in your team wants to do zombie movies and you don’t, you’re shit out of luck. Can you blame me? Can you blame them for not wanting to work with me? I needed a break from all that. The resentment and taking course for the sake of needing it to advantage. I needed to discover who I really was and I couldn’t do it trudging along in a marsh full of resentment and spite.

Six months of freedom was exactly what I needed.

When it came to NRG, I still give them a listen every now and then. They apparently found new success in the industry with their fifth album, garnering their first official number one win, “Hit Song.” Oddly enough, the song wasn’t my cup of tea. It was a far-cry from the rock sound I admired about them. 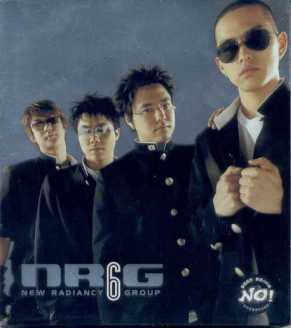 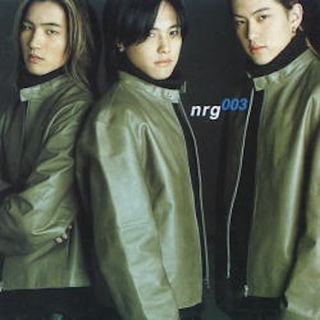 Click to Continue on to Next Chapter – Anime Rock

2 comments on “IX. Tragedy of NRG”