Five Situations the Ambitious Should Avoid

Five Detrimental Situations the Ambitious Should Avoid
By Rock Kitaro 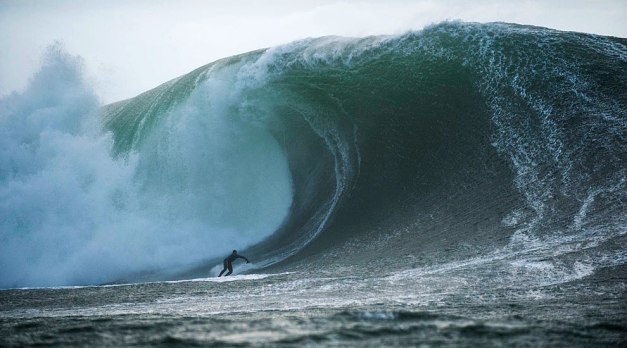 This list is one that I come up with based on my own personal experience and inspired by cracked.com’s “6 Harsh Truths that will make you a Better Person” along with Forbe.com’s “Mentally Strong People: The Thirteen Things They Avoid”. As I am still learning and growing, I welcome my readers to comment on if they think I’m wrong or something else they think I should avoid.

To start off, I’d like to point out the “Thirteenth Thing” that mentally strong people avoid, according to Cheryl Connor and Amy Morin. That thirteenth thing is that mentally strong people avoid “expecting immediate results”. I believe that in order to keep striving in the pursuit of their goals, it takes a certain degree and ambition. So if you have that ambition, here are six things you should avoid.

Revealing what you want to achieve to these kinds of people can drag you down if you’re not careful. Because think about it. When you reveal your goals, a certain amount of pride is emitted, no matter how modest or humble your tone is. You have something that you want and you’re working hard to get it. Revealing that to someone is mildly similar to revealing to a woman how you find them attractive. You’re laying your heart out there, thus giving the other person power to either approve or disapprove. And when it comes to individuals who have no goals or motives, that’s like going to a poor homeless person and describing what you intend to do with your paycheck.

And more importantly, when you reveal this to individuals who have no goals…it seems they have a tendancy to slight you for caring so much. They may not do this maliciously or say those words verbatim, but it’s the vibe that comes off. This leaves you to question if you are caring too much, or if your goals are too idealistic and not realistic.

But keep in mind, that one does not simply roll out of bed and say, I think I’m going to navigate the Grand Canyon. Thought and determination goes behind it, usually with a good reason. So shake off your doubts and continue on. Bringing us to point number two.

2. Explaining the motives of your goals – Before you answer the question asked, “why do you want to succeed in what you do?” Ask yourself if you really need the person this person know. Even if you answer the question, you don’t have to explain in its entirety. Just give him or her a little bit and discern the amount of care they really have in receiving an answer. This is where you can use modesty and project the appearance of being humble…because god knows modesty isn’t one of my strong points.

Most people who ask you that question, if they’re not in a position of power or influence to help you, are only curious. Sometimes people (who are attracted to you) are genuinely interested. But don’t let yourself get carried away in thinking that from the get-go. In the beginning, its safe to simply assume the individual doesn’t give a damn about you and your goals. Gauge the individual’s reaction before you continue on.

3. Letting your association deter you. – Just because you’re ambitious and determined to achieve your goals, it doesn’t mean you can’t hang out with people who have no goals. But I think its important to make it clear to them. Also make damn sure they respect you for it. It brings us back to point number one. If you reveal your goals to a buddy and have them smirk at you with a condescending chuckle saying, “yeah, okay. You go follow your dreams.” Sarcastically. I’m not saying shun him. But I’d definitely in my mind lower his status from friend to acquaintance….simple minded fool…

4. Letting the praise of others affect you – I know first hand that when others are praised in the areas you want to excel in, it can be mentally and emotionally crippling. You think to yourself… “Damn! That’s what I want to be recognized for.”

But don’t falter. There are other important things that you have to consider, before you let envy wash over you. First consider the person doing the praising. Is he or she someone you respect? Are they knowledgeable, credible and worth your wanton of praise? Secondly, ask yourself if that person has seen your work. Just because someone else is praised, it doesn’t mean they’re better than you. And if the bastard is to go so far as to say “it’s the best work I’ve seen in a while!”

Simply chuckle to yourself and in your thoughts say… “You should get out more.”

Brings me to the question I was recently asked. “What makes you think you’re better than others in your field?”

Anyone who asks you this who isn’t your mom, dad, relative, supervisor who’s interviewing you for job, position, grant or contract. I wouldn’t rack my brain trying to come up with an answer. It’s another position of power that you’re just giving up. Also with me personally…I have the answer to that question readily available. So I’d answer with, if you want to know so badly, check out my website.

5. Forgetting the praise you’ve already received – Often times we forget that people of high esteem have already vouched for our talents or skill. But as time goes by, we tend to forget this, often spiraling down a hole of doubt. Sometimes you wonder to yourself if those people complimented you for your work, just because they were nice or they love and admire you.

Receiving compliments is very encouraging I know. But think to when you first set out to attain your goals. It would be great if there were people already rooting for you and helping you along the way. But personally, when I first started out…there was no one.

I graduated from a film school, lacking the traditional university education and missing out on those great novels and books that most people read from famous writers and Pulitzer Prize Winners.

But like most athletes would attest to. Nothing is more motivating than doubt. My alumni was littered with die-hard film enthusiasts who believed that no one in the future would ever be able to produce works that were already created by the likes of Orson Welles and Shakespeare.

That was five years ago that I committed myself to making it as a writer. Since then, I’ve done so much and come so far. And even though I started out with no one rooting for me or encouraging me to excel. I now have a handful of extraordinary people backing my play. From lawyers to millionaires, to private investigators to fellow aspiring writers. Even family members have finally acknowledge my potential.

This is what you too should remember. No one is going to make it a habit of calling you everyday and remind you that you’re good at something…Although I personally will with my daughters. But that’s just me. So cheer up! Keep your head up and keep moving. There’s still life in the old boy then, yeah?

One comment on “Five Situations the Ambitious Should Avoid”