Attack on Hand Me Down Statements 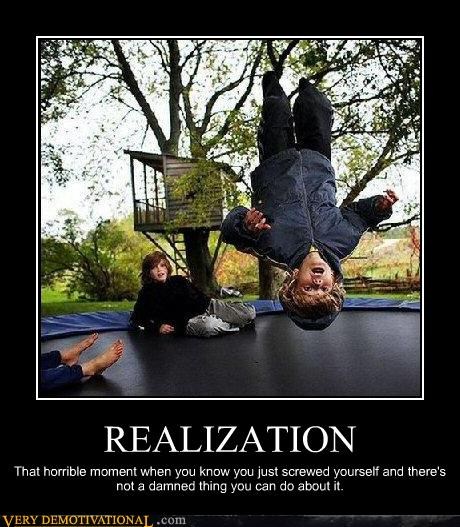 Caution: The following rant contains curse words and piercing ideas that will more than likely enter your subconscious and flip over table. Read at your own discretion.

ALSO, I’d like to point out that as I grow, I’m open to the fact that my opinions will probably change or extend themselves. But I still want to post them, kind of like marking my progress of thought.

More and more, I’m beginning to get the sense that my entire career as a story teller will be dedicated to tearing down the walls of hand-me-down statements you heard growing up. Those statements adults and older teens spit at you that sounded wise and mature. As if to contest them in any way would make you sound immature, childish and full of spite.

“Girls are more mature than boys!”

“You shouldn’t care about what others think!”

“Sticks and stones may break my bones…”

“Family will always be there!”

“You can’t pick and choose your family!”

“You’re not the only one in the world going through this!”

…I could go on for hours…

…Two wrongs don’t make it right…Yes it does.

If someone goes out and kills someone. They’ll be caught. Locked up. And either spend the rest of their life in prison or executed. But isn’t holding someone against their will…wrong? Isn’t execution, the act of killing someone, wrong? But the killer did something wrong. And we mask that second “wrong” as punishment. Making it…all right.

As a romanticist, I acknowledge my intuitions and recognize the raw passion that derives from my soul involuntarily. Yes, I can control those emotions…but I can’t ignore that they are present. Something must be done. Even if all I do is write them down in a word document and save them to a thumbdrive…action must be taken.

Live life according to your own volition!!! If what you were taught from your parents, teachers or some column in a magazine contradicts what you’ve seen and experienced with your own two eyes, then leave their teachings behind.

Human beings are individuals. Not machines. You can’t manufacture a child into adulthood. Sure you can stir him or her down a certain path, but when they reach a certain age, let them go! And children need to be ready to strike out on their own. I know a fully grown adult right now who’s entire existence and self-importance seems to be determined solely by a symbiotic family and the dependency they have on her. As if something were to happen to them, she wouldn’t know what to do with herself. Because like them, she needs that dependency to feel like there was a reason as to why she was born.

And then there are these bastards…the assholes and bitches who need “problems” in their lives in order to feel like they’re living life. I’ve heard the idea before, but out of my love for the greater humanity, I refused to believe it. I thought to myself… “Who would actually want that kind of stress? Like, actually welcome it?”

The individuals I’m talking about are the ones who if they were tossed in a world where everyone treated them with respect, loved and cherished them, showed them nothing but kindness and generosity…THEIR MINDS WOULD EXPLODE! They need that conflict. And worst!!!! They don’t want to do anything about that conflict besides bitch about it!

And my dumbass actually listens to them. I actually take in what they’re saying, like a naïve little boyscout. I commiserate with them. And I don’t just say, “I’m sorry you’re going through that.” Instead, I actually put forth an effort to come up with a solution to their problems. 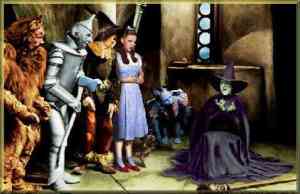 Solutions to these people are like the water to the Wicked Witch of the East…or West. Whichever one that melts.

At this point, I’m reminded of another hand-me-down statement.

“Rock. If things don’t go your way. If people don’t see things the way you see em, you get upset.”

My response to that is… “Well yeah. Am I supposed to be happy about it?”

And maybe it is slightly egotistical of me to want people to see things my way… I get that. I’m aware of my questionable traits that come close to the border of what’s right and wrong. Forgive me for being born a human being. Branching off of that, I’ll go ahead and tell you that I thrive on the approval of others.

~gasps~ “But Rock! You shouldn’t live your life seeking the approval of others!”

I shake my head. I never said anything about seeking the approval of others. For the most part, I do what I want, walk where I want and the only reason why I haven’t broken any laws is because I find them convenient. But when the approval is there over something I’ve done. I revel in it. It makes me happy. Is that really so confusing? Do you mean to tell me that you cringe when people recognize your accomplishments?

I digress. This is the part of a rant where I break off from my initial rant to talk about something else that’s been on my mind.

A friend asked me this recently. He said something along the lines of, “Rock. Why would you waste your time conforming yourself to the principles of a company that you don’t respect?”

Like a good philosopher, I didn’t just spit out some cliché pretentious answer, instead I stopped and thought about his question. He even laughed, and told me to think about it before walking off. This person is a friend who I respect. The answer to his question was difficult to accept. A harsh truth. So bear with me, because this is just an ounce of what I feel all good businessmen and women do.

When it comes to business, I know that I’m going to have to do things that just I don’t want to do. Like go to New York. Hahaha! Seriously though. I know that I’ll have to smile in the face of my enemies and make them feel comfortable. In my line of work, it’s too my advantage to keep those bridges, those connections in tact. You never know what the future holds and their positions and influence could work to my advantage, despite the lack of respect I have for them. Or them for me.

If I burn that proverbial bridge, I do so fully accepting that there’s nothing I’ll ever want from them, now or in the future. And I have burned bridges. It’s a hard thing for me to do because I actually have a conscience and consider the other person’s feelings. But I came to those decisions usually because I felt that I wasn’t able to move with them in my way. Because they were chains holding me down from flying where I belong.

To the individuals who stick to their guns, keep it “real” and rely on spiritual entities like religion or karma to guide you…I say, do what you do. If it makes you happy. Do that. I’m a Christian who recognizes God as my holy father. While I don’t expect an angel to come down and help me, I’m pretty good about recognizing the strength and wisdom God’s bestowed upon me. Much like the following common saying.

I’m the guy who reaches out for the ladder and thanks god for sending it.

And here’s where it gets a bit tricky. Because if you’re reading this, you could understandably deduce that I’m being hypocritical for talking about the people who complain and don’t want to do anything about their problems. But for me…there are some questionable traits that I don’t see as a problem. Even though traditional society probably would. Don’t get me wrong… When I first acknowledged those traits, I was taken aback and felt guilty for having them. But overtime, I did what I always do when I have such a problem.

In my mind, I walk to a clearing in the forest. It’s foggy with an overcast. My mind’s always like that, except when I’m at the beach. And I know “foggy with an overcast” sounds like a foreboding element, but not with me. I like clouds. And fogs are technically clouds.

But yeah, I walk to this clearing in the forest. There are several paths that are open to me. Those paths are options that I could take. I could:

A)   Take steps towards changing those aspects of myself.

B)   Forget about it, as its probably just an isolated incident

C)   Follow the advice of some friend, even though its not exactly what I want to do, but might work anyway.

D)   Accept it as part of my personality, and keep moving, willing to accept the consequence of my behavior.

There have been times where I’ve taken steps towards making a change. Like for instance when my father told me that I was selfish at age twelve and stupid at age sixteen. I hated him for saying it. And I spent years with those insults stained in the back of my mind. But I took steps towards changing those aspects of myself.

I’m no longer selfish. If I can spare it, I donate a lot of money, and when it comes to doing things for people, I spare no expense. Prime example is with my brothers. Back in 2009, I was doing well financially. I gave $300 to my older brother to his wedding. And spent nearly $1,000 on my little brother and our cousins trying to jump-start their rap careers. I never asked for the money back because I gave it to them because I want to. Generosity. The only times I threw it in their face was in the rare arguments where those bastards started talking trash about how I wasn’t there for them…I love them.

And as far as my being stupid….Hahahahahaha! Yeah well… I’m pretty confident that I’m no longer stupid. Do I still have a lot to learn? Of course. The day that I’ve figured out everything there is to know about everything, misery would set in. I like seeing no dead end in front of me.

Those were instances where I changed who I was, after receiving such criticism.

But when it comes to some qualities like my deception in interacting with people I just can’t stand. I am really sorry that I have to behave this way. But it’s sort of like arming oneself with a spear and shield before stepping out onto the battlefield. This world…It’s not all bad…but the majority of it really does seem rotten.  I’d give it a 60/40 ratio. Americans in particular, are mostly independent creatures who don’t seem to care what happens outside of their own bubble. Myself included…I’m just fortunate to have a larger bubble than most with my concern spread not only throughout America, but to Eastern Asia and Western Europe…while I force myself to ignore what happens in Africa and cringe on the sexist customs of the Middle East.

Accepting yourself for who you are, or accept what you need to change in yourself to get where you want to be or accomplish what you want. They say the best fighters are the honest fighters. They recognize what they can do, and what their opponents can do to them. That’s the same way I treat this world. Knowing what I can do and what the world can do to me.

One comment on “Attack on Hand Me Down Statements”