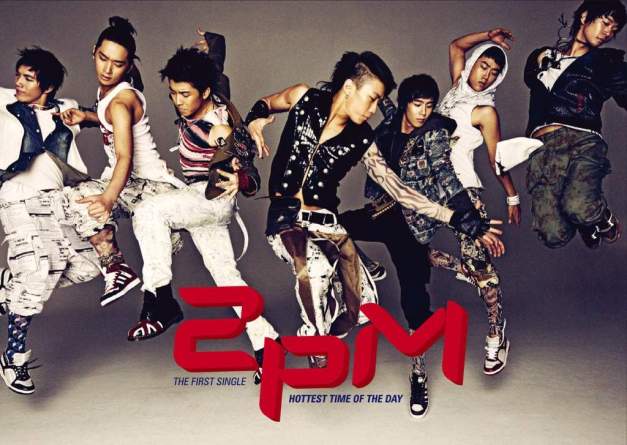 August of 2008 was awesome for more reasons than one. Big Bang just came out with their “Stand Up” mini-album and even Shinee and the Wonder Girls were still throwing down. But on August 29, 2008, a new challenger entered the stages. They went by the name of 2pm.

When, I first heard about 2pm there was a lot of hype. First off, they boasted about their masculinity, which was a jab at the other idol groups as I mentioned in my chapter “Big Bang vs. The Flower Boys.” 2pm would become known as the “beastly idols” for bearing their muscular physique and pulling off some difficult choreography, backflips and handsprings galore. 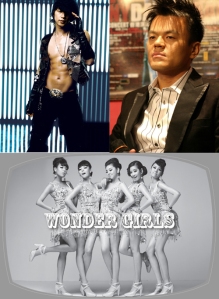 Additionally, 2pm was formed and produced by JYP of JYP Entertainment, the same man behind the Wonder Girls and Rain. The anticipation was palpable. It was JYP’s first boyband since G.O.D and…I hope I’m not overstepping any bounds by saying this, but it does seem like having a boyband was a staple of prominence when it comes to Korean pop culture. You could have a soloist, a band, or even a girl group…but until you’ve locked down a solid boyband…it seems like you just couldn’t compete as an entertainment company.

Despite all of this, I confess, when I first heard 2pm’s “10 Out of 10” I really didn’t think much of them. I mean, they were clearly awesome dancers and they had the swag to compete on the same level of Shinee, who had debuted just a few months prior. But their singing…I didn’t think there was anything remarkable about them. Their voices were average, their rappers were sub-par, and if any of them were to go solo, I didn’t think they stood a chance on their own. And then…it was just by chance that I saw their live performance of “Only You.”

And I say that with a smile. I’m one of those who fully believes in rivalries bringing the best out of competitors. “10 Out of 10” was okay…but “Only You” showed their versatility, meaning they weren’t only capable of producing a mainstream track, but creating something new.

And unlike 10 out of 10, “Only You” allowed us to really distinguish the real talents of the group. That being, Jaebeom (Jay Park), Wooyoung, Junsu (Jun. K) and Nickhun. Allow me to introduce you to the members. And mind you, I’m not pandering to anyone. This is my brutal honesty, so if you’re a Hottest and this is your favorite group, brace yourself. 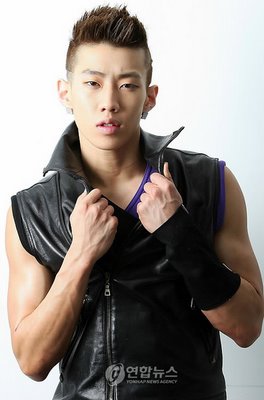 2pm was created much in the way Big Bang was put together, which makes sense, considering JYP is/was good friends with his rival YG. All the guys in 2pm were part of a larger group called One Day in which they trained and vied for a chance to debut under JYP Entertainment. In the end, seven guys were chosen for 2pm, and the leader was none other than Jaebeom, known today as the founder and CEO of AOMG, Jay Park.

I won’t divulge too much about what happens with Jay Park in this chapter, I’ll save that for later. But, since 2pm’s debut in 2008 and their subsequent few albums, Jay Park was definitely a critical factor when it came to their success. Mainly…because the kid could do everything and he could do it effing well.

Jay Park came from the Seattle area, so he was definitely Americanized. And if you’ve been reading my journey up to this point, you’ve caught on that the artists who spent significant time in the states really do stand out from native born and raised Korean artists. They have this swagger, this supreme confidence when it comes to their abilities whether its live or not. Jay Park could sing, rap, and dance better than most of his members and I had no doubt that he was fully aware of this. He very much reminds me of Bobby Brown when it comes to New Edition. I’m talking about that habit of performing so well in live venues that he pretty much steals the show, the thunder from other members. Not sure if it was intentional or not, but it would definitely serve Jay Park well in the near future. 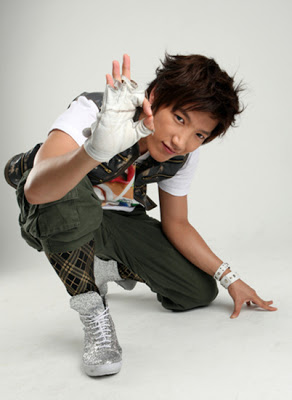 Junsu is the first face you see in that “Only You” video above. This kid…It almost makes me mad that some labels put too many guys in one group. Because at the very least, Junsu and Jay Park deserved more recognition and the space to showcase their talents than what they were given.

Junsu has hands down one of the greatest voices kpop. And it’s sad that I really don’t think he was given the chance to shine until almost five years later, but by then, the trends would have changed and solo artists had a much tougher time in a saturated market of boybands flooding the scene. 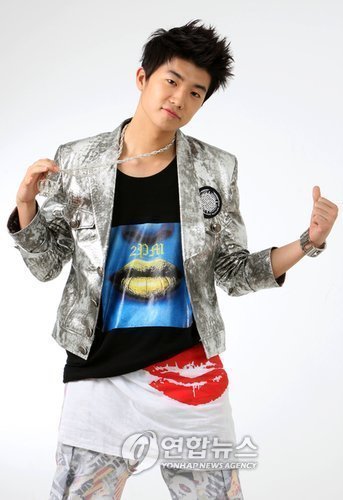 Jang Wooyoung is another supremely talented artists that made 2pm, 2pm. If it weren’t for Jay Park outshining him at every turn, Wooyoung would have definitely received greater recognition. Don’t get me wrong, the boy can sing, but his voice sounds just like any other JYP singer. Really, it was his charisma and supreme confidence when it came to performance that made him a must for a group. As was made evident when he and Taecyeon starred in the hit Korean drama, “Dream High.” 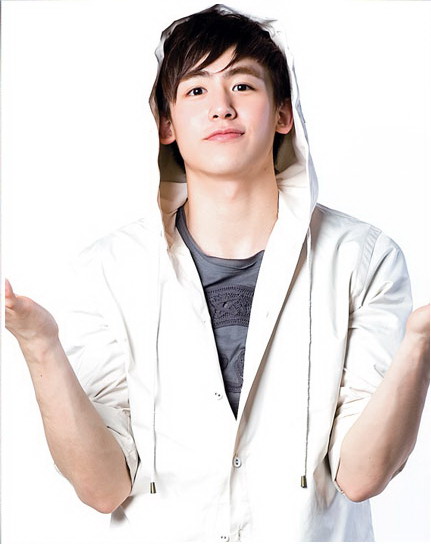 Nichkhun was known as the “Thai Prince” because he was the only member who was actually scouted, hailing from his home country of Thailand. Nichkhun used to drive the ladies crazy although I don’t think he wanted to be known for his looks. I remember watching a Reality show featuring 2pm back in the day and saw Nichkhun’s personality as probably, the most normal dude out of the group. What I mean, is that he’s just like an every day guy, competitive, didn’t care about seniority, and didn’t put up with shit.

I remember one time the group was out, and they split up into two groups. Jaebeom’s group went to a club and Nichkhun found out, he was pissed because they didn’t invite his group. (Understandably so). There was also that time he went up against Super Junior’s Donghae during the “King of Idols” special in 2011. Donghae was all like, “I’m gonna dethrone the Thai Prince.” And Nichkhun just looked at him like, “Yeah, okay…” And the rest, see for yourself:

Talent-wise, Nichkhun was a solid member. He could sing and dance well, but more than that, his voice was distinguishable, meaning he didn’t sound like everyone else. It was definitely a pleasure to listen to, and probably one of the few who didn’t make me cringe when they sang in English. 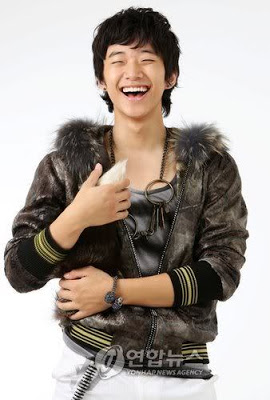 Junho received a lot of attention in the beginning because his face resembled his famous predecessor, Rain. Junho was an amazing dancer…but just as Wooyoung was an amazing performer, sadly both were outshined by their more electrifying leader, Jay Park. The first time I saw what he could do was in this video:

When I saw that, I thought. OKAY! Not bad…but…well, here’s where my negative criticism comes in with 2pm. Junho was an awesome dancer…but how often could he really put this on display while in a group of seven, all with their own unique talents? His voice and vocal ability was only average. 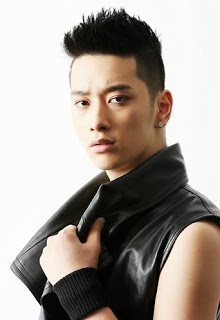 Chansung was known as the group’s giant maknae. Maknae was the term referring to the youngest member of a particular team. But unlike the stereotype, where most maknaes relied on the older members to protect, lead, and provide a sense of security…Chansung was the tallest and by all accounts, one of the physically strongest members of the group. It seemed like the ladies loved him as well…

However…for me it seemed like the worst part of every 2pm song was because he or Taecyeon rapped or sang on it. Honestly, I absolutely could not stand their voice and it made no sense to me what-so-ever why they were in the group to begin with, other than to provide aesthetics, meaning, he and Taecyeon added visuals to the group to make 2pm appear stronger, more imposing.

Because let’s face it… Jay Park, Wooyoung, and Junho are pretty short. JYP was known for his more masculine image, with the likes of Rain and GOD in his stable. It only makes sense that 2pm follows that mold.

Coincidentally, Rain was also promoting his comeback hit, “Rainism,” pretty much showing the world that he was still going strong. 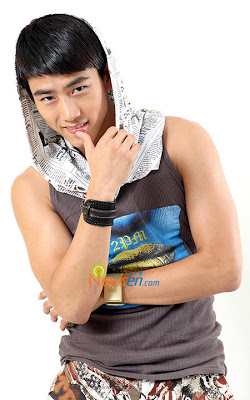 As much as I just ripped on Taecyeon…I do have a great deal of respect for him. When Taecyeon first debuted, you could tell he didn’t have a lot of confidence in his appearance. As I mentioned, his rapping ability wasn’t exactly the greatest either, but Taecyeon didn’t end his evolution simply because 2pm debuted. Like the members of Big Bang, Taecyeon embodied the pursuit of improvement.

For instance, 2pm was known for showing off their physiques, as evident in the below practice video. I saw interviews where Taec talked about being shy when it comes to taking off his shirt like the other members.

But within a few years, hahaha, it seems that’s what Taec became known for. He was being featured on Men’s health magazines galore. 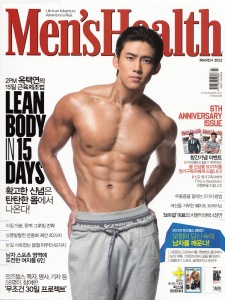 Together, these seven cats made up 2pm and on September 4th 2008, started wooing fans and breaking hearts with “10 Out of 10”. I don’t remember them winning anything in their first release. But by April of 2009, they released their second mini-album “2:00PM Time For Change,” which featured the hits “Again and Again,” as well as “I Hate You.”

And boom. Just like that 2pm was cemented in place to become one of the top contenders in league with the likes of Big Bang, DBSK, and Super Junior.

And lastly, who can ever forget the day they pretty much destroyed the stage that featured the likes of Super Junior, Girl’s Generation, Kara, and even Big Bang’s Taeyang and Seungri. Just watch for YoonA’s reaction during their performance. She could hardly contain herself.