My New Role as the Devil’s Advocate

In this essay, I attack several popular opinions, mock those who are surprised by the silent majority, expose the code ruining courtships, rip up the race cards, and encourage people to think for themselves. There. You were warned.

There is no right or wrong, only popular opinion.

A while back I asked my facebook community if there was any truth in that statemet. For a majority of those who contributed, they said it was false. They said, there is a right and a wrong and the distinction between the two is defined by the Bible.

I want nothing more to agree with them, but here’s the thing. What if a majority of society isn’t reading the Bible anymore? What if Christians and Bible reading scholars have become the minority in American mainstream? I’ve only recently turned twenty-nine, and too many times, I’ve seen comments and heard arguments from adults decades older than me who often pose questions with the prefix of … “Did the Bible ever say..?” or “What does the Bible say about…?

You know…as if they have no clue. Which is sad? But at the same time, misleading. Because I refuse to believe a majority of Americans don’t read the Bible or follow Christian principles. I believe they’re just keeping silent. I say that, because for the longest time…I’ve kept silent.

Why have I kept silent? Probably for the same reasons as everyone else, but my situation is a little more delicate. You see, I want to become a famous author and succeed in the world of publishing. I could be wrong, but it seems that even the literary world is part of the entertainment industry. It’s a business where the potential to make money is more important than art, creation, and presenting new stories to the masses.

The masses…the general public. Thanks to the internet and social media, an author’s personal beliefs and lifestyle is taken into account. It’s important that the general public likes who you are and what you believe in. Publishers value whether or not you can sell yourself, if you’re marketable to a mainstream audience. If I came out with some “outlandish” thought that’s against the popular opinion, it can seriously hurt my chances of either getting published or selling books.

Another problem I face is the reluctance of the silent majority. When I say, silent majority, I’m talking about the general public that makes up the majority of Americans, who have their gripes, complaints and suggestions about improvement, but they don’t take a stand to do anything about it. Yeah, you’ll hear them down at your bar, on the basketball court, or around the water cooler at work. But if it’s to get anything down on record about how they truly feel about an issue, they really don’t care to go through the trouble. If all they had to do was show up at a meeting to put in a ballot, nope. They got better things to do, which is mostly true especially if it doesn’t have an immediate or individual effect.

A good way to get that silent majority to move is to provoke them. And when it comes to provocation, yours truly turns out to be a pro at it. I know “provoke” or “provocation” seems to come with a negative context. When you think of someone who’s provoked, I’m sure someone bumping into your shoulder or calling you names comes to mind. Don’t worry, I’m not like that. Even when people call me condescending or insulting, that’s really a matter of interpretation. It could just be that they’re too sensitive or they grew up in a world where they were taught that everyone owes them an apology for every little thing they find offensive. ☺

What I do is toss out a grenade in the form of a hypothetical question or theory that goes against whatever the headlines are trying to brainwash you with. The questions or ideas are usually subtle, but potent. I aim to penetrate your subconscious and dig through the useless things to pull out what you really need to think for yourself.

But even “thinking for yourself” might not be enough. I say that because of the many recent news events in which the public seemed “surprised” by the outcome. Adrian Peterson spanks his child? The guy from Duck Dynasty doesn’t believe in gay marriage? People in Baltimore are rioting after a black guy died in police custody? What the hell is going on in America? 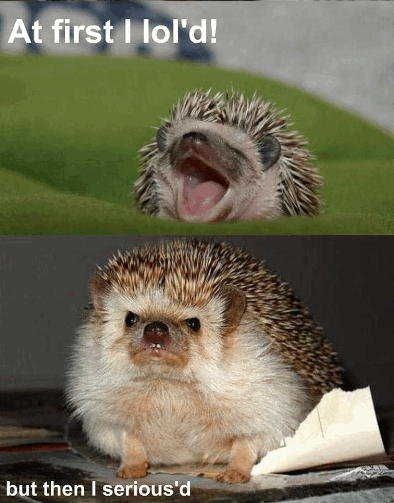 If your circle of friends, if your associates, if you opened your mind to learn about cultures outside of which you’re already familiar with…none of this would come as a surprise.

Why is this a good thing? Because it broadens your horizons and widens your perspective. I don’t necessarily agree with all of my associates, but it helps me to understand who they are and where they’re coming from. It gives me the ability to comprehend how others feel or how they would feel about a given issue. Not to mention, there are so many nuggets of useful information that you can take from even the most ignorant individuals. All of it helps shape who I am and builds me up. That’s why I hate people who jump into conversations and criticize the opinions of others without offering their own stance on the matter. Not just because that person’s an asshole, but also because I learned absolutely nothing from the person other than the fact that he or she likes to belittle others.