The following are screenplays I wrote in the early half of 2010 to cover short 5 minute acting sketches. You see, back then I was involved in the “Artists in Action” Acting Class down in Clearwater, Florida. Every week, the class would meet and perform 5-minute sketches in front of the class for the teacher, John Parsonson, to critique and coach us along the way.

The screenplays are written specifically to be a challenge to the actors who portray the characters. I can’t stand actors and actresses who get comfortable with a role that they think will make them “look good”. So I wrote specifically to put the main character out of a comfort zone. If you’re an actor or part of an acting class and you’re interested in acting out one of the sketches. Feel free to click on the PDF link and print it out. Tis my pleasure and good luck. Hahahaha! 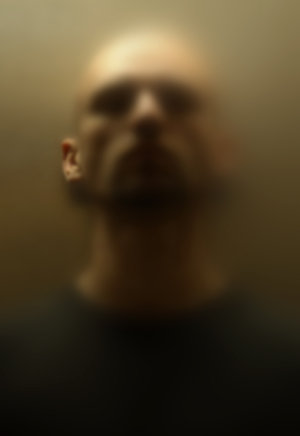 When you have only five minutes to capture and tell a story, it’s extremely hard to pull off a thriller. But it gives me great pride to say I pulled it off beautifully with this one. “The Monster” is by far my favorite drama sketch in which I actually performed the part of the prisoner in front of a live audience. The sketch shows an interview conducted by a court ordered psychiatrist to see if the criminally accused is legally insane. In the end, the doctor is put on edge as she encounters the likes of something she’s never seen before. 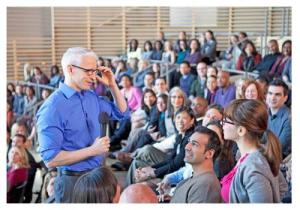 The Dr. Tobias is a character I wrote to pick on talk show hosts who don’t know how to control their show. I originally meant for this to be just one of several Dr. Tobias’ skits, but then I quit the acting class. This particular skit was written to parody the drama around Tiger Wood and his wife attacking him. So you have 3 main players for this sketch. A husband, a wife, and the clueless, highly animated Dr. Tobias. The studio audience is played by the audience of your acting class.The husband is on the show seeking help on how to deal with his abusive wife. But when Dr. Tobias allows the wife onto the set…things escalate quickly.

“The Three Rocks – Being Stood Up” – Drama, Monologue

I labeled this sketch as a dark comedy, because depending on who you are, you may or may not be sensitive to the elements involved. It is a lighthearted script, relatively easy if you’re an actor starting off. sketch is about an elderly woman who receives a visitor that is a young man who’s known her since he was a small boy. That explains why he feels the right to talk to her any way he wants. The trick of this sketch is to be as natural as you can with it. Don’t force the lines, but let it flow off of your tongue. I have the characters emotions written on paper, but if you don’t think the written emotions are realistic to you, by all means, as an actor, as an artist, I say improvise.

To be completely honest, I’m not sure what I was thinking when I wrote this piece. Maybe I was watching a rerun of “All That” and thought to myself, “Oh, this would be funny”. Anyways…I wouldn’t expect another script like this from me.

Oddly enough, when I performed this in class, everyone seemed to understand the girlfriend’s emotions and thought the boyfriend was in the wrong for not seeing it her way. That’s when I had yet another Kyle Broflovski moment. “I learned something that day. Sometimes it doesn’t matter how clear the message in your story is…sometimes the demographics of the audience will just see the story in their own way.” That being said, most of the students in my acting class were women….enjoy.

This sketch was written purely for the acting class more so to strengthen my acting skills. This is yet, another script that I’ll probably never write again. I’m just not into the heartfelt serious soap-drama themes. This sketch tells the story of an adopted young man who returns home from school just days away from his high school graduation only to see his real mother sitting in the living room. He’s never known her. He didn’t know what she looked like. But there she was. What should he have done? How should he have felt? …enjoy.