The Ghost of Cloud Beaudry
Slave Quarters – Table of Contents

Chapter 1 – Old Smiles
Here, we’re introduced to Cloud Beaudry, an investigator for the Georgia Bureau of Investigation who’s visiting an old woman for a dark motive. Our hero. Our villain.
Chapter 2 – Horrid Sounds
Here, we’re introduced to the Cloud’s sidekick, a vindictive 19-year-old girl who died in the 1950s. Her name is Maggie. She does his hauntings for him.
Chapter 3 – Meritocracy
To the rest of the office, Cloud is squeaky clean. The golden boy with an immaculate clearance rate on solved homicides. Of course, it pays when he can interrogate the dead. For five years, Cloud’s managed to avoid suspicion…but now a new agent has transferred in. And Cloud knows…she’s a threat.
Chapter 4 – My Equal
Agent Jessica Arroyo and Cloud Beaudry go way back. Attended the same high school and alma mater. She was the valedictorian. He was Salutatorian. As a Millennial, Cloud doesn’t have the highest opinion of his generation. Jessica’s perhaps the only one he’s ever seen as his equal.
Chapter 5 – The Next Case
Reunited, Cloud, Jessica, and fellow agent Leanne Donaldson hear the facts of their next case. A serial killer has been murdering high school majorettes and leaving them in the slave quarters of abandoned plantations.
Chapter 6 – Pleasantries
Cloud keeps his guard up around Jessica as they catch up after a five year absence. It’s a homecoming. Both were raised in Augusta, Georgia, where their crime scene resides.
Chapter 7 – The Cotton Fields
Investigating the cotton fields of the old plantations, Cloud sees the ghost of one of the victims. He witnesses her grisly demise but can’t make out a culprit.
Chapter 8 – Majorettes
Cloud tries to bond with the local detective heading the case, Det. Griffin. The two have a history in which Cloud harbors a grudge. He convinces Griffin that its all water under the bridge, but it isn’t. The pair visits the mother of one of the victims. As much as Cloud wants to remain emotionally detached, racial tension prevails. Griffin loses his cool.
Chapter 9 – A Suspect
The police have a suspect, a man who’s known to hit on underage minors at the majorette dancing competitions. It makes sense that the killer could have been someone associated with the dance circuit, because all of the victims vanished in broad daylight.
Chapter 10 – The Most Annoying Emotion
Making good progress, the team heads out for a night on the town, much to Cloud’s chagrin. His lust for Jessica comes burning back and the jealousy of not being like most men causes his anxiety to flare at the worst possible moment.
Chapter 11 – Thin Air
His blood stirred from thoughts of Jessica, there’s no way Cloud can sleep. He strikes out on his own and examines the case files. The clues take him from the jail cell to the hospital.
Chapter 12 – The Slave Quarters (Ghosts of the Old South)
In the dead of the night, Cloud visits the slave quarters in search for answers only he can hear and see. The ghosts have a lot to say, but still…we’re talking about dead men from the old south who are now “gone with the wind.” And of course, there’s no way Cloud could have expected the real killer to pay him a visit.
Chapter 13 – The Worldly Media
Cloud is beaten, bruised, and depraved of sleep. Somehow details of the case were leaked and the public is demanding answers, demanding resignations and accusing the city of racism. Cloud is caught in the bedlam and Griffin saves him…again.
Chapter 14 – Interrogations
The suspect comes in for questioning and Cloud immediately knows they got the wrong guy. He encountered the real killer the night before and there’s no way it’s this bumbling idiot Jessica’s now interrogating.
Chapter 15 – The Wrong Man
Cloud wakes up in the hospital. Jessica and Leanne confront him for not being a team player and they’re right. They’ve been working hard and doing their due diligence while Cloud’s been off doing his own thing. This second-guessing…it’s poison to Cloud. At last he finds the clue he was looking for. And he was right all along.
Chapter 16 – Assemble the Pieces
With all the clues, suspects, and motives in place…Cloud assembles the pieces and plans his trap.
Chapter 17 – Don’t Fear Me
Cloud comes face to face with the killer. He confronts the perp with facts and isn’t above taking the law into his own hands just to settle the score.
Chapter 18 – This Isn’t Over
The killer is caught but Griffin’s receiving all the credit. They’re not getting off that easy.
Chapter 19 – Flickering Lights
Maggie steps in to handle Cloud’s business. A living nightmare doesn’t even begin to describe it.
Chapter 20 – I’ve Seen Some Things
Cloud lets Griffin know exactly why he’s made him the target of his wrath. Turns out Cloud has this intense hatred for adultery. Who knew…
Chapter 21 – Warmth
Before leaving Augusta, the team attends the funeral for one of the victims. Cloud’s developed affection for the family and delivers a heartfelt memento that moves the mother to tears.
Chapter 22 – Back to Work
At last, Cloud can get back to his hidden agenda. There’s one last thing he must do before returning to Atlanta. 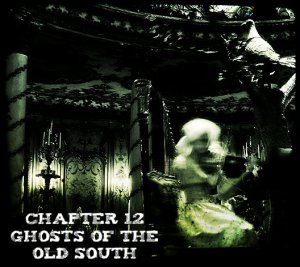