V. The Legend of Seo Taiji 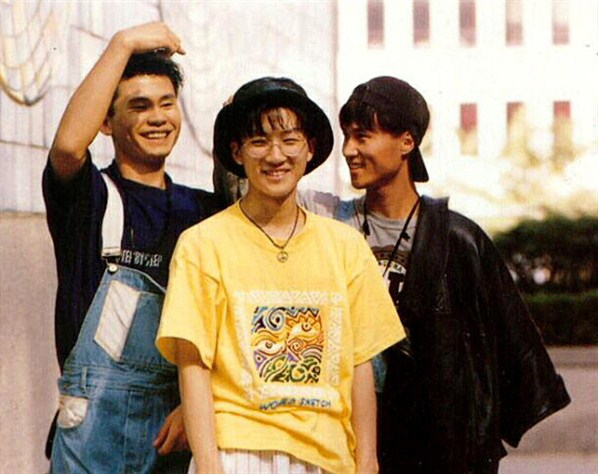 *disclaimer: If you hadn’t read the intro, the following is a personal memoir about my 13 years of exploring Korean and Japanese music

The first song I heard of Seo Taiji was toward the end of 2005. It was a live performance of “Hefty End” followed by “Roboto.” At first listen…I honestly wasn’t that impressed. Mind you, I had already heard the music of Miyavi and Gackt. It sounded like a version of them so I wasn’t interested. 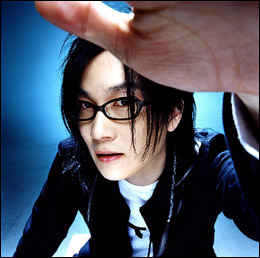 However, by the summer of 2006, after jamming out to the hits of H.O.T. and indulging on Moon Hee Jun’s version of nu-metal…I was ready for Seo Taiji.

Seo Taiji really deserves his own Hollywood biopic, similar to N.W.A’s “Straight Outta Compton.” He was one of the main forces that modernized pop music in Korean culture. Before him, they had some pop acts where the singer came out on stage in Christmas sweaters, looking all prim and proper. But Seo Taiji was the first to get out there and show Korea that they could produce high-energy music and perform it just as well, if not better than the Americans.

The South Korea of today is completely different from the way it was in the 1980s. From my understanding, it wasn’t until the 1988 Olympics in Seoul that brought a lot of money in and helped really develop it from a second or third world nation into a first-world country. Four years later, here comes this trio of skinny lads, two main dancers who could sing and rap…led by a scrawny kid in glasses who could rap, sing, dance and play the hell out of a guitar. He went by the name of Seo Taiji.

In 1992, Seo Taiji and Boys dropped this dope hit:

Seo Taiji and Boy’s “Nan Arroyo” exploded on the music scene and changed the dynamics of Korean pop culture. And the thing is, I had heard this song before. When I was learning about Se7en, I found a clip of him, Rain, and Hyori performing a tribute to it. Of course, at the time, I had no idea how influential Seo Taiji was or why that song was so significant.

Everything changed in the country after this. Seo Taiji became a household name and from what I read, his appeal was widespread, reaching fans of all demographics, male, female, teens, kids and adults. Thus, people called him the Michael Jackson of S. Korea. Fans swarmed venues and any place where the group made an appearance.

I even remember reading about a U.S. soldier who was stationed in S. Korea in 1994. He described how famous Seo Taiji was and how even he fell in love with Seo Taiji’s music. He said the first song he heard was “Certain Victory,” which cemented his fandom. That’s what did it for me as well. In truth, their first hit of “Nan Arroyo” didn’t really do anything for me. Too retro, influenced by the new jack swing. But the attitude and sound of “Certain Victory” was really got me to listen to his music.

Just like in the U.S., once a trend makes waves, everyone jumps on board to cash in. Dozens of groups burst on the scene. Many imitations. Just one Seo Taiji and Boys. It wasn’t just the music that changed. Fashion and attitude took flight as well. You could tell how much the American entertainment industry had an impact on Korea’s. Hip hop in particular. Baggy pants, oversized shirts. Break dancing. It really is amazing how far it spread.

My favorite song by Seo Taiji and Boys would have to be “Class Act” for its hard hitting, grungy sound.

After winning numerous awards and damn near dominating the industry since 1992, Seo Taiji and Boys disbanded in 1996 much to the surprise of the two side members Lee Juno and Yang Hyun-Suk. I got conflicting rumors of why they disbanded, only that Seo Taiji pretty much had to leave the country because there were millions who were heart broken by the news. It reminded me of H.O.T’s disbandment. Like…fans were pissed off.

Two years after the group disbanded, Seo Taiji returned to the scene as a solo act and produced a more consistent batch of songs I rocked out to. What I mean by that, is of the albums produced by Seo Taiji and Boys when they were a group, personally I only liked a few of the title songs that everyone else already knew about. Not so much the filler. However, Seo Taiji as a solo act…very much the way nu-metal like Limp Bizkit’s “Nookie” and alternative rock burst onto the scene in the U.S., Seo Taiji released “Ultramania” in 2000 and reclaimed his throne in S. Korea, selling over a million copies. And if you know about the population and economics of S. Korea at the time, selling a million copies is no easy feat.

For the rest of the summer of 2006, I dined on Seo Taiji’s awesome hits. Between “Ultramania” and “F.M Business”…Seo Taiji was my soundtrack.

However…if you read my introduction, you’ll recall how I feel about listening to metal. Don’t get me wrong, I love it. But listening to it every day, especially on days when you don’t particularly feel angsty, or you’re tired of the mood and need something more uplifting and positive…I went back to listening to H.O.T. and DBSK’s hits.

That was, until I really delved into YG.

So, a couple of paragraphs back, you’ll notice that when Seo Taiji disbanded, it shocked his two band members Lee Juno and Yang Hyun-Suk. Just like when H.O.T disbanded, I was interested to see how the members got along in the aftermath. If H.O.T.s members could do well and produce some awesome music on their own…I wondered. What would the legendary members of Seo Taiji do on their own.

I read that Lee Juno started his own dance crew. Even discovering one of the most popular Korean dancers like Poppin Hyun Joon. No lie, Poppin Hyun Joon was awesome. I honestly thought he was king of pop and locking and at the time, pop and locking was kind of my thing. I’ve must of watched hundreds of his dance videos and even used him in a class assignment.

And when it came to, Yang Hyun-Suk. Well, this man started going by the name of YG. And YG went on to start his own entertainment company called YG Entertainment, aka, The YG Family.

2 comments on “V. The Legend of Seo Taiji”