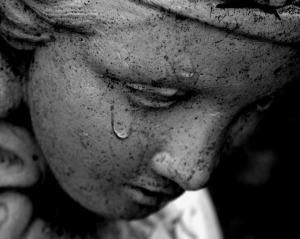 If You were to ask me if I believe in Ghosts…

If you were to ask me if I believe in ghost… I’d tell you yes.
I see them everyday.
I hear them. I even interact with them.
Not by choice, but by obligation.
They wander the halls and even drive in cars.
I observe the chilling affects of their cause,
And I shudder to think that I play any part
Despite being hollow shells of what used to be,
They’re difficult to ignore.
Not Angry. Not sad. Not Happy. Not Glad
Desensitized of all forms of love with a lack of purpose,
Their melancholy infects and attacks, to the point
That my energy is depleted just by fending them off.
…
I grieve for these ghosts. I loved them.
…
They are not dead.
Just not alive in my world.

The Bridge to Clearwater Beach – My Own Personal Kingdom

When you think of Tampa Bay, what generally comes to mind? When most people think of South Florida, they usually think of Sea World, Disneyland, and the exotic club scenes of Miami. I think you may be hard-pressed to find many talking about the city of Tampa. If you did, you’d probably hear of the hundreds of strip clubs or the sports teams that constantly make a national impact in the various leagues.

But living in Tampa, Florida for eight years now…I’ve never done any of that. I’ve never been to a strip club, taken in the sights of the theme parks or even care to visit Miami. Does that make me lame or dull? Maybe… I grin… I don’t think so. I’m still relatively young, and ambitiously, I’ll tell you that compared to what I’ve dreamed, the worlds and complicated characters I’ve created…They make Miami those aforementioned attractions seem like the black-and-white pictures you’ll find of undeveloped new lands from the Great Depression era.

This isn’t to slight anyone who enjoys such attractions…only to differentiate that not everyone needs such sights to stimulate the imagination. For a romanticist such as myself, all I need is that which nature provides. The open sky that seems limitless, the perpetual motion of the oceans that shows an endless abundance of energy…and the wind…The wind that allows me to fly every time I close my eyes. It’s amazing.

This little memoir is a piece I’ve written to elaborate on how this bridge has served as my own Fortress of Solitude. Since 2005, I’ve found myself embarking to this destination every time I feel lost or have strayed off course. And every time I’ve climbed up that bridge, I’ve carried with me chains of animosity and suicidal thoughts caused by heavy self-loathing. And every time I walk back down…I feel resurrected as an entirely new individual. I can’t blame those around me for not keeping up…I never stay the same and this is why.