XXXI. August of 2009: When G-Dragon Went Solo with HeartBreaker

2009 was a good year for YG Entertainment. Rolling off of Big Bang’s success from their “Remember” album in late 2008, they picked up endorsements from LG Electronics, spawned hits with Seungri’s “Strong Baby” and went on to launch arguably the greatest debut of any girl group in history with 2NE1.

In July of 2009, YG could have just sat back and rode off the wave of 2NE1’s hit “I Don’t Care,” or even Big Bang’s stardom in Japan with the release of their hit “Gara Gara Go.” Instead…they started teasing fans about the potential release of G-Dragon’s first solo project.

Now me…this had me on the edge of my seat. You gotta remember, I’ve been a fan of Big Bang since before they debuted in 2006. I saw what G-Dragon was capable of as a friggin trainee…a trainee!

The dude had amazing vocals but mostly rapped on a lot of Big Bang’s tracks. However, the songs he did sing on…I mean, it was ridiculous. Big Bang already had skilled crooners in Seungri, Taeyang, and Daesung, but G-Dragon’s vocals really did surpass them all in terms of versatility. He could sing like Chris Brown, Nelly, and if he wanted to…Ron Isley, as noted in this solo track released on the “Always” mini-album, “I Love You Girl”.

So when YG announced the release of G-Dragon’s first solo album…everyone had high expectations. This could make or break G-Dragon’s career. Already he was being touted as a “genius” for composing and writing a number of Big Bang’s biggest songs like “Lies” and “Haru Haru” though not without his fair share of controversy and plagiarism accusations. It goes without saying, that a lot of people were praying for his failure. No other group on the scene had a leader who rapped, sang, danced, and wrote their best hits, all consistently and extremely well. G-Dragon was indeed too good to be true.

The pressure was on and I think he knew it. That’s why I immediately started grinning from ear to ear when I heard the first lines of “Heartbreaker”. He went from the above video of “Run It” in 2006, to this in August of 2009.

Dude…that music video turned the scene upside down. Everyone already had high expectations. G-Dragon did the impossible and shattered it. That music video made G-Dragon an icon, a Bonafide symbol of fashion, flair, and that thing the kids will come to overuse in the near future…swag.

Big Bang together were already superstars…but G-Dragon standing alone, releasing a solo album with ten tracks all different and incredible in their own right…Sorry, but I confess, I just imagine SM watching that video and grabbing a pillow to scream out their envy.

There was no one…NO ONE who could do what G-Dragon did. The next person who came close to releasing a solo record and shattering expectations with a breakout hit that dominated the year was G-Dragon’s own bandmate Taeyang, who did this the year before with “Only Look at Me.”

For the first time in probably forever, YG had beat SM Entertainment by releasing the best-selling album of the year in “Heartbreaker.” You guys gotta remember, this was still 2009. Super Junior had released their breakout hit, “Sorry Sorry” that dominated airways from March till May. So it’s not like G-Dragon didn’t have any competition. Not to mention MC Mong had just released his hit “Indian Boy,” Brown Eye Girls were going strong with “Abracadabra,” 4-Minute’s “Hot Issue,” 2pm would release their “Heartbeat” anthem, and we were about to see the debut of two future superstar groups in the form of F(x) and T-Ara. It was an explosion of rising girl groups, no doubt following in 2NE1’s image, but G-Dragon sailed ahead of them all. 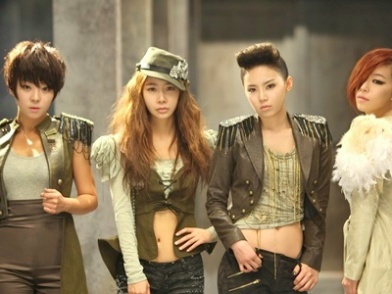 Of course, we have to address the elephant in the room here. G-Dragon faced some major controversy because his song sounds like Flo-Rida’s “Right Round”. It was a big deal. I heard they were receiving letters from Sony and everything. But in a classic YG move, they contacted Flo Rida and put an end to the controversy by having Flo Rida feature on a remix of Heartbreaker, which pretty much shut up the haters who were virtue-signaling on the stand of, “It’s not right, because he’s taking away from the original artist!” If the original artist is cool with it, what’s your beef? BOOM!

G-Dragon’s follow-up single off the Heartbreaker album was “Breathe”…which I personally didn’t care for. In fact, out of all ten tracks, it was my least favorite. But the people ate it up. You can’t deny that it’s a good club track. But I wasn’t a fan of the T-Pain-esque autotune that saturated the chorus.

And of course, one could never sleep on his last single released from the album, “A Boy.” Loved his dance break at 2:40, a tribute to Seo Taiji

G-Dragon’s Heartbreaker album spawned four hits in all, sold over 4 million copies, and cemented his place as a legit force to be reckon with. He owned the months of August and September, culminating in numerous awards, including Album of the Year.

I remember. I was only 23-years-old at the time. In fact, believe it or not, G-Dragon and I share the same birthday of August the 18th.

It was a strange and exciting time in my life because I had just graduated college, came close to losing everything, and yet landed on my feet working for a law firm. The future looked bright. Those days were good. I remember so many weekends with the sun shining. I’d drive down to my spot by the beach with the soundtrack of The Blood Brothers, Yeah Yeah Yeahs, and G-Dragon’s Heartbreaker. No matter how bad things would get…listening to their music would bring me back to better days.