Has the MeToo Movement Made Men Boring? – A Critical Essay

I suspect the only men not affected by this are those who are already in a committed relationship, men who don’t care how others see them, or men who don’t know what’s going on in the world. For the rest of us, it really is like… “What did you expect?”

If anyone “feels offended” or “feels uncomfortable” by something you did or said, it can be used as a weapon against you, regardless of intent. By now, most men who have witnessed the MeToo Movement and the Kavanaugh debacle should be aware of this. No, those situations weren’t just about feeling uncomfortable, but involved more serious allegations…but enough’s enough.

Most recent examples are Jim Carey flirting with a female interviewer, when she says, “is there anything you haven’t done.” and he says, “Just you. That’s it. We’re all done.” They went after him for that.

Lavar Ball was giving a live interview where a female interviewer says, “Alright, lets switch gears” and Lavar says, “You can switch gears with me anytime.” They went after him for that. If she never made that awkward eye gesture, this wouldn’t even be a thing.

Chris Matthews recently resigned from over 30 years of television for, among comparing a Nazi comparison, telling a GQ columnist in 2016, “why haven’t I fallen in love with you yet” as she was getting her makeup done.

We’ve seen this go on for years. If the answer is “just don’t watch the news,” the question becomes, “then why are they showing it to us in the first place?” Are there real scumbags and sexual perpetrators out there. Absolutely. I can’t stand them. The guilty ones deserve all the jail time they get. F**k em. But you know what happens when the wave of outrage gets washed over the innocent men…We adapt and overcome.

“How is it getting washed over innocent men, Rock?”

Because the mainstream culture is dictating to the majority how to go about courting women “BASED ON” the actions of the criminal few. As if all men have the same preference and all women want to be talked to the same exact way. Movies, TV shows, and even Ads like that stupid Gillete commercial would have us believe that men are horrible and need to be taught, as adults, not to be assholes. Even the calls for equality would have us believe that all women want to be treated by their partners as an “equal” with no leader, but an equal partnership. But do they?

Growing up in Georgia, in the black (hip hop) community, it was kind of like a rite of passage for guys to be in the mall and just go up to try to hit on a girl. If she liked him, she’d smile and flirt back. If he was lame, she’d shoot (reject) him down, usually to the comedic pleasure of his friends. But that was the culture. And believe it or not, girls actually liked that as well! However, ever since that Cat-Calling Video came out in 2014 and the culture predominantly coming out of New York dictated to us that this is bad and creepy, then the rest of the country needed to change because clearly we’re wrong.

And of course, for us Christians out here who believe in the Bible, there are multiple scriptures that tell us that while men are to honor their wives, men are to be the head of the households. It’s not a competition, as this push for equality invariably produces. Women are to be submissive to their husbands. Men are to lead. (Ephesians 5:22-33)

But let’s say you aren’t religious. Let’s say…you could care less about the Bible and you can live life without it. Surely these women want the super-polite and space-respectful men from the Gillette commercial, right? 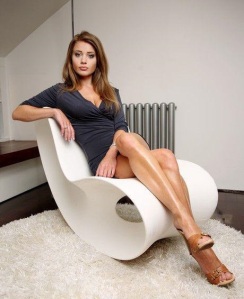 Recently an article came out where a “dating coach” from the U.K. named Kezia Noble claims that the “#MeToo Movement has made men across the world scared to approach women on the street for fear they’ll come across as ‘creepy’ or be accused of harassment.”

That article was released on February 28th, 2020. I wrote an essay about this five years ago…FIVE YEARS AGO where I friggin said this would happen. This was back before the MeToo Movement. Back before Trump got elected. I knew this would happen when I saw that “Cat-Calling” video and people getting up and arms.

In this essay, I wrote “When you call a guy creepy…or when you say that his actions or something he did is creepy…There’s a high probability that the guy will more or less back the fuck off. And if you’re thinking to yourself, “why isn’t he still coming after me…” it’s because you just threw a roadblock in his path and the ball is now in your court to see if he should continue with the play or walk off.”

Ms. Kezia (who’s Youtube views are over 75 million), says that “the MeToo Movement has made men feel they can’t talk to or interact with women in real life. Most women she speaks to say they are fed up with ‘woke’ men being ‘too nice and bumbling’ and want a guy to take the bull by the horns and ask them out. ‘It’s being perpetuated like, You’ve got to be super, super respectful to women, you can’t invade her space, you can’t talk to her, you can’t approach her,” and then it’s kind of like, well what’s left?’

We live in a world where people say there’s a patriarchy. Where a man can lose his job over a mere allegation with no evidence, where a student can get kicked out of school if the girl he slept with merely “regrets” it. We live in a world where we consider the pros and cons of our actions and when it comes to random strangers, no matter how drop-dead gorgeous she looks, we don’t know if you’re a landmine waiting to go off.

So yes…until we get to know you, we, who have worked our asses off to get where we’re at, to accomplish as much as we have, and have built ourselves up…we’re going to treat you with the utmost politeness and respect, pretty much like you’re cop in which we don’t know what’s legal or illegal in your specific county, so we follow every single rule we know. Which makes us appear dull, not adventurous, and definitely not exciting.

Oddly enough, despite their efforts to have us treat women like an equal, we can’t. Why? Because if I was talking to a fucking dude, I wouldn’t fear saying things like, “Yo, I like that shirt!,” “Dang! You’ve been working out? You lookin’ good, bro!” Or even making innocuous small-talk like, “What you got going on this weekend?” I don’t have to replay conversations in my head, wondering if I said anything that would make another man feel uncomfortable. Why? Because having another man, or anyone of any race or gender say those things to me would not make me feel uncomfortable.

Do you think I can be that way with a girl without years and years of getting to know her? Probably not. It’s like the saying goes, hitting on someone you work with is like pulling your own grenade and not knowing when it’ll go off. Because the power of the detonation is really with her at all times after that single instant. It doesn’t have to be this year. It can be in five years where, if she feels like it, she can recall that one moment where you said something to make her feel uncomfortable, and all your promotions, you bonus, your career, your plans on how to spend your vacation will go right out the window.

It doesn’t have to be this way. If only we as a society would simply adhere to justice. What’s fair. If you think someone losing their livelihood, their ability to provide for themselves and their loved ones is equal to that half an hour to a couple of days where you felt uncomfortable by his remarks, remarks made with innocent intentions, yet misunderstood by you…there’s something wicked in you. There is. I know. It’s power. You have it. You want to exercise it, but it requires suppressing the goodness in you telling you that what you are doing is wrong.

As for Ms. Kezia and her complaint about boring men…Well…let’s just say that I’m seriously thinking about trying out a dating site this year. If I do, there’s only one dating App I’d try out and that’s Bumble. Because, from what I heard, women are the only ones who can send messages.

To me, this is perfect. Because it’s pretty much a sign of proof that the pursuit of a relationship isn’t one sided. Meaning, she made the first move. She’s pursuing me. It’s sad that it’s come to this, but the culture has left us with no choice. I would love to “grab the bull by the horns.” I’m 6’3, 225lbs of solid steel and sex appeal. I can take a girl telling me no, or no thank you. And while I may seem like a boy scout at first, if you prove to me you’re not of the “woke” variety, I’ll show you the real world.

But these days, you just can’t trust what’s out there. Right now, it’s just too easy to exploit the system and use the threat of tears and accusations to get whatever you want. I’ve seen it. I’ve heard it. And while you do have some women taking a stand for what’s right, I doubt they’ll ever receive mainstream attention. Not while there’s more powerful women like Sheryl Sandberg and Taylor Swift out there.

2 comments on “Has the MeToo Movement Made Men Boring? – A Critical Essay”