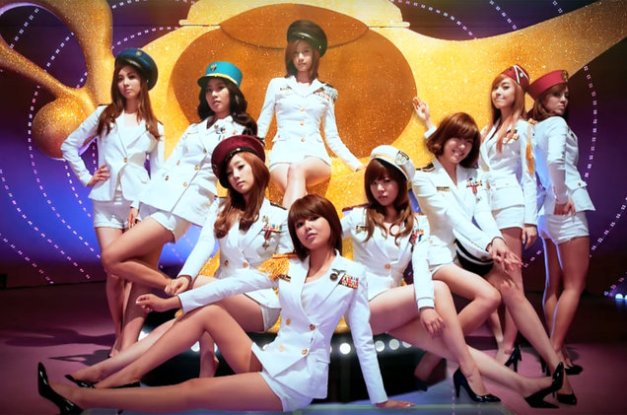 Up till this point, you may have noticed that I haven’t mentioned a lot of females when it comes to Korean and Japanese artists. I mentioned Younha, for her vocals on the ending theme on “Bleach.” I also mentioned BoA for her “Every Heart” theme on Inuyasha.

But other than that, I didn’t exactly have an urge to download or buy music from anyone else. Even when it came to the Wonder Girls that I wrote about in Chapter XIII, I acknowledged that “Tell Me” was a major hit…but not exactly my cup of tea.

Then there was Girl’s Generation.

Haha! I know. Not exactly what one would expect from someone who also into Dir En Grey or H.O.T’s rock driven hits. But SM Entertainment…those bastards know how to work beauty. Should have known. If they can make their men pretty, it was easy to produce a girl group complete with nine of the heavenly girls you’ve ever seen. Therein lies one of my many contradictions when it comes to the resentment of “sex sells”. 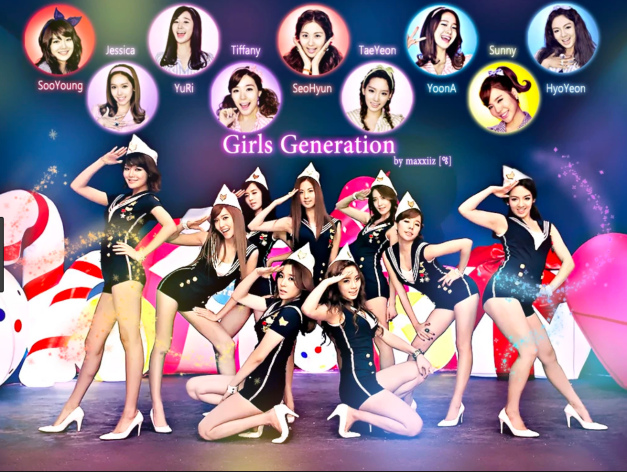 However, that didn’t bring them instant success. In fact, quite the opposite. From what I saw, Girls Generation got a lot of hate from fans of DBSK and Super Junior. Remember what I told you about Cassiopeia in Chapter VII (Big Bang vs the Pretty Boys). DBSK’s fan base numbered almost half a million. And these were die-hard teenage girls who would tear into anyone threatening the success of their beloved DBSK.

Just because they were on the same label, it didn’t exempt Girl’s Generation from their wrath. Sad to say, it makes sense. If you’re teenage girl who thinks the world of the boys of DBSK and Super Junior, dreaming of them, wishing to one day meet them and have them but throw a glance your way…how would you feel if you saw nine girls your own age of extraordinary beauty, fraternizing and working together with your beau?

Yes, it seems these fans were absolutely ravenous. Girl’s Generation had rough beginnings and it wouldn’t be until 2009 that they’d breakthrough with the infectious hits, “Gee” and “Tell Me Your Wish.”

I’m mentioning the “Gee” phenomenon now, because even when it’s released in January of 2009, I never really liked the song, but still, recognize that it definitely put them on the map as one of the top acts in the industry. Even people who didn’t know what kpop was, would eventually hear of “Gee” in the states. Especially if you were a DJ or in the club scene.

But let me back up for a moment…even before I heard of Girls Generation, I had heard of Hyoyeon before their debut. There was talk of a female version of DBSK’s Yunho who could dance just as good, if not better, than Yunho himself. I checked her out and found her dancing with the renown choreographer Jaewon (formerly of Black Beat).