The Slave Quarters: Chapter 5 – The Next Case (Mystery Thriller)

On the outskirts of Augusta, Georgia, the bodies of five young women are found on the slave quarters of abandoned plantations. Initially, Jessica Arroyo and Leanne Donaldson of the Georgia Bureau of Investigation are assigned to investigate but Cloud insists on getting involved. It’s not that he doesn’t trust the ladies to handle a case of this magnitude, but he recognizes the name of the local lead detective. The last thing he wants is for history to repeat itself. 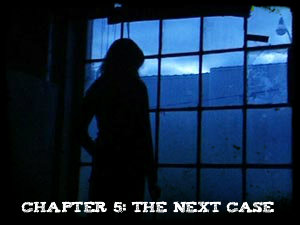 Chapter 5: The Next Case
By Rock Kitaro

It’s half past one when I return to the 4th floor of GBI headquarters. It looks like Jessica has claimed the cubicle next to Leanne, just one seat away from me.

While I was at the library, Leanne gave Jessica the grand tour of GBI facilities. Leanne went to great lengths to impress the new recruit with her clout and extensive knowledge of statistics. They seem to have hit off like old besties united.

Jessica…It’s been five years but I can tell the prime of your life will carry well into your fifties. From her awkward smile and kind laughter, Jessica’s already figured out that Leanne’s inappropriate workplace humor doesn’t just stop at the occasional one-liner. Like everyone else, Jessica made up her mind to get used to it. Wise, Ms. Arroyo. Very wise. You have indeed matured. And here I am, gawking at you from the hallway with hooded eyes like a hungry velociraptor stalking a foolhardy zookeeper.

“You’ll get used to how loud everyone is on the phone. And if you really need to get away, I usually step into one of the conference rooms. Hahaha! You might need to do that from time to time,” Leanne says, speaking twice as loud as everyone else.

Jessica is still unpacking to decorate the cubicle as she replies with, “That’s good to know. I’m not too worried about it. I grew up in a house full of women. You had to learn to sleep through loud raggae-ton playing all hours of the night. This doesn’t even compare.”

“Oh yes!” Jessica says as she sets a picture of herself and another young woman.

“Is that your sister?”

“Kudos! I have sisters. But ones a stingy bitch and the others a coke whore. So what are you going to do?” Leanne says as if she’s talking about spilled milk.

“Tell me about it! I was on assignment when my mom died two years ago and by the time I came back, these airheads had already squandered our inheritance on a busted up house on the Southside. They wanted to flip it and turn a profit. But really, what they meant was that they wanted me to do all the work, hire the contractors, coordinate with HOA. Girl! I don’t have time for that?” Leanne says, giggling at the absurdity.

“So what did you do with it?” Jessica asks.

“I fixed it up a little and let them live in it. They’re paying rent until I recover on the construction costs.”

“That’s right. I might be an old bird but I still know how to make lemonade out of life! Hahaha!” Leanne boasts.

“You’re not old, Leanne,” I say, approaching with sweat beginning to muster.

The ladies turn in unison. The instant I lock eyes with Jessica, time stops. Sparks fly and that warm sensation of heartfelt adoration washes over. That’s not to sound romantic. I’m not trying to be romantic. I’m trying to stay on my guard. My poker face is rock solid. I don’t know what she’s been up to all these years and I don’t want to give her the upper hand by showing all my cards like I used to.

However, this is unexpected. Here I am, thinking some unsettled dispute would surface. But Jessica’s caring eyes settle on me with such joy. It’s like she actually missed me. A snort escapes from her cupped laughter before the woman glides over and wraps me in an embracing hug. So warm. Her smooth cheeks press against mine. I feel the air in her lungs, the heartbeat against my chest. Even as I raised my arms to hug her back, I exercise caution. My palms graze the toned muscles in her back ever so lightly and I confess, I simply melt.

“What uh…what’s going on here?” Leanne asks as she and several onlookers were dying to know.

Jessica releases me. I straighten out my blazer and try to get a hold of myself.

“I’ve known Cloud since forever. He’s like the brother I never had. Seriously, he’s probably the most decent man I’ve ever met. You probably noticed, right? Let me guess. Annoyingly polite. Always apologizing. Self-sacrificing. The kind of guy who would give up the last chair just so you could sit. The epitome of chivalry. I’m sorry! Hahaha! I’m just so happy to see you! I can’t believe it!” She says, cupping her mouth with jovial laughter.

“Jessica. Good grief,” I mutter in a deep blush.

The office curiosity is satisfied. Her description of me settles in their mind that I’m locked in the “friend-zone,” an idea they’re more than willing to tolerate.