Whenever something like this happens, I try to stay silent (as a black man myself) because more often than not, I don’t share the popular opinion. And by “popular” I’m talking about the ones that appear to have the moral high-ground. That being said…brace yourselves. 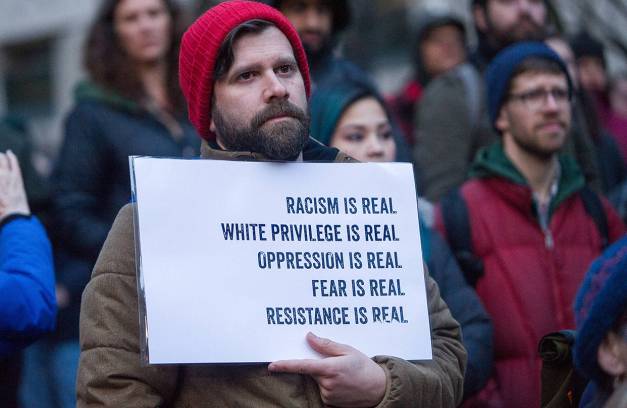 Is White Guilt Really Helpful to Blacks?
By Rock Tennie
Date – May 30th 2020

In the wake of the horrible murder of George Floyd…rioting and protests have broken out across major cities around the U.S. How much of it is really helping their underlining cause? What exactly is their cause and can it be helped? Here was my take:

“For all those who are so quick to post about the “injustices” done by police to black people…I confess, it does seem a bit disingenuous when they’re relatively silent on the black on black violence.

“You hear it on Facebook and Instagram how people are supposedly “heartbroken” and demand change. Which I agree with to some extent. But over this past Memorial Day Weekend, there was another 40+ people shot and 10 killed in Chicago. This isn’t new. Every Memorial Day weekend for years, it’s been this way. Don’t even get me started on the homicide rate of New Orleans and Baltimore.

“Does racism exist. Yes. Do police officers commit crimes. Yes. But please…miss me on all this outrage. Or is the argument that somehow the death of a black person has more significance based on the color of the murderer, or whether or not they have a badge. And if that’s the case, what do you say to all the mothers and fathers who lost their sons and daughters to drive-bys? What do you say to other minorities who have their own tragedies and injustices afflicting them? (MS-13).

“Murder is murder, whether you’re killed by a cop or a wanna be gangster.”

As you can imagine, those thoughts didn’t sit well with a lot of people, black and white. END_OF_DOCUMENT_TOKEN_TO_BE_REPLACED