*brace yourself, a lot of philosophy in this one. 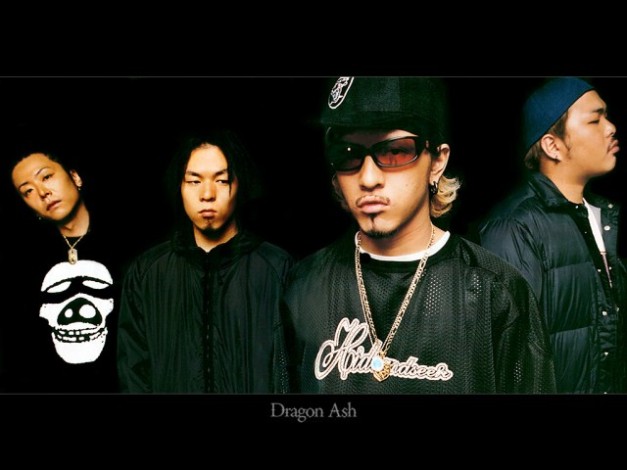 In the spring of 2008, I was 21-years-old, 378lbs, and finishing my final year of film school…it was then that I discovered what would become my favorite band of all time. Allow me to introduce you to Dragon Ash.

When you discover a new band…the first song you hear, or the first music video you see is critical. I remember. I was sitting in my bed, watching Youtube music videos just before I put on my headphones to daydream of performing in my fictional world…and I came across “Fantasista”.

Haha! You know a song is good when it completely throws you off track, the kind of song that changes your plans as soon as you hear it. Allow me to explain…

If you’ve been reading my memoir up to this point, then you know I use music as a medium, a tool to escape, to feel something else detached from the reality I’m currently entrenched in. I need it to move me, to motivate me, to make me feel something, anything.

I don’t do drugs, smoke weed, or get drunk. Hahaha! I don’t need to. My imagination and an innate mental ability to remove myself from this world on command is good enough. But still…At the age of 21, that “innate ability” was still relatively weak. Music was more like the ignition switch by which the portal of imagination could be open. And once the portal was open, I’d step through and enter a whole nother world. And in this world…I was no longer “Reginald Tennie”. But something more. Something better.

As I said…I used to weigh 378lbs. But before it’d take me four years to drop down to 220lbs of solid steel and sex appeal, I dreamt of the kind of person I wanted to be. It was a fantasy that I’d eventually turn into reality. This is what it means to have a vision. You gotta have a great deal of confidence, motivation, and encouragement to push yourself to that finish line. And that finish line, is the vision you never lose sight of.

Big Bang and H.O.T was pure entertainment to me, the music that entered my soul and made me want to sing and dance and smile. Dir En Grey and American groups like Slipknot, System of a Down, and MachineHead fueled my drive, instilling in me a never-stay-down arrogance by which I refused to quit and give in. Music from Clazziquai, Samurai Champloo, Yoko Kanno and Epik High opened my eyes to stars and supernovas, allowing me to spread my wings and fly high as a writer.

Then there was Dragon Ash…who provided something new…perhaps the most important thing every young man needs while he’s in the midst of finding himself…Honestly, adjectives fail me. It isn’t just confidence. It isn’t just encouragement. The best way to describe it is with a sentiment:

“Yo, who gives a shit. Just do your best and whatever happens, happens.”

By the time I was 21, I knew what I wanted in life. I wanted to lose weight to the point that I looked like superhero. I wanted to marry the most beautiful woman I could find. And I wanted to be the greatest writer of my generation. I wanted to do something so significant that future students would have to take tests about me in class.

These all sound like lofty goals and I dare say, if most men at that age had the same goals…they wouldn’t speak them out loud, let alone actually coming to the conclusion that this was what they actually wanted. But I did. I honestly believe that it was during this time that I transitioned from Reginald Tennie to Rock Kitaro. From the caterpillar to the butterfly. Dragon Ash helped.