Yes, I’m quite sure I’ll probably receive a lot of hate for this and lose so many twitter followers, but I wouldn’t be calling myself a writer if I was afraid to speak up on a subject that I feel is yet another trend in which people are making themselves look foolish.

First off, let me begin by giving most people the benefit of the doubt. When they say that they are “different”…I think what they really mean is that they have the courage to just be themselves. Everyone by definition is different in some way. There is no one else on this planet who is exactly like you. The whole saying that someone else out there is going through what you’re going through, is an insulting exaggeration that should never be told.

But what if I told you that you’re proclamation of being different…is actually a subconscious, vain declaration of saying that you think you’re better than others. Like those who are fortunate enough to be amongst a group of people with similar interests? Or that you’re better than those of similar goals, and it’s the reason why you’ll succeed over them. That’s just food for thought. I’m not saying this is the absolute way it is. Calm down.

“Rock! So what if people want to think that they are different? Why not let them?”

Well… How would I know? How would anyone knows what another truly thinks unless they broadcast it? So if you were to rephrase the question and ask me, “Rock, if people want to say that they’re different, why not let them?”

I’d answer with. “Because I think those people have no f**king clue as to what they’re talking about.”

Is being smart so important?

Is being smart so important? Is it being two-faced to suppress your thoughts? 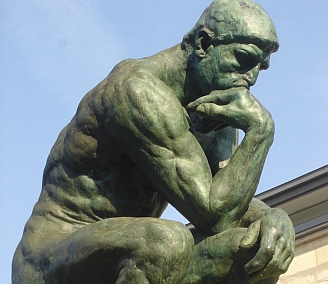 “Rock…you don’t always have to say what’s on your mind. Even if your thoughts are blatant and unintentional…you have to think to yourself…Does this person need to know what you’re about to tell them? Follow Benjamin Franklin’s advice on this one. Count to ten before you respond. And if you’re angry, count to one hundred. Chances are that most people who come in contact with you, already know that you’re smart. You don’t have to always prove it. Because when you do, you inadvertently make the other person feel like an idiot. And who wants to be around a person like that?”