XXVIII. Post-Graduation Blues, Yoko Kanno and Ghost in the Shell

In May of 2009, I had just graduated, just got fired, and was on the verge of starting over by moving back in with my parents. To me, that would have been failure. Brace yourself…a lot of personal revelations in this one. 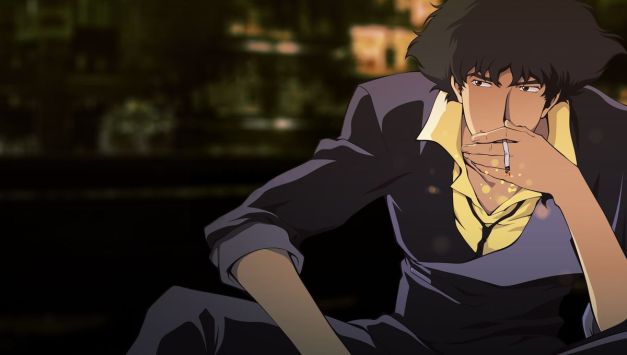 In the last chapter, you saw my elation, such triumph and joy at the debut of 2NE1. But by June 1st, 2009…my life wasn’t going so great. In March, I was 22 and had just graduated from a tumultuous four years of film school and landed a job with an up-and-coming start-up company. Haha, so without going into so many details, turns out this company was run by gamblers and con-artists. I’m not lying.

In the beginning, I thought everyone was so cool and everything ran like a well-oiled machine. I was hired as a video editor and a content producer. But one thing led to another and I eventually learned that one of my bosses wasn’t who he said he was. The man claimed to be one of the founders of Myspace. He was eventually fired, and my new boss (the gambler) started writing me bad checks that would bounce.

In May of 2009, I flew to Colorado to attend my cousin’s graduation and while there, my boss called me over the phone and fired me, accusing me of theft. I’m no thief. He only fired me because I threatened to file a lawsuit against him for writing bad checks.

And so…in June of 2009 for the first time since I was 16, I was without a job. My future seemed uncertain. I barely had enough to pay one more month of rent and that was it. These were sad days, but I’m not the type to sit on my thumbs and say, “whatever happens, happens.” In the end, I had made up my mind to leave Florida, pack up what I could, and move back into my parent’s house in Georgia in July. Basically, to start all over.

This decision wasn’t easy. As a young man full of pride, moving back into my parent’s house was like admitting defeat, that I couldn’t cut it in the real world on my own. But pragmatically, it was the best decision. Moving back in with my parents would allow me to get another job, save up without paying rent, and then I could head out to Los Angeles and pursue a career as a screenwriter. This was my thinking.

With my mind made up, I spent most of June 2009…writing. Every day, I’d wake up and go to my school’s library to write. And the music that got me through these tough times was none other than a lesser known Japanese composer who goes by the name of Yoko Kanno.

Yoko Kanno was the main composer for two of my favorite anime, “Cowboy Bebop,” and “Ghost in the Shell”. Those two anime had a huge influence on me as a young writer. The fact that they took place in the future, it inspired me to create my own future while exploring big questions that were essentially un-winnable debates. Namely, a world without guns. Or a world where guns were useless.

That “What is Real” song, I must have replayed about 100x a day as I wrote some of the deepest stories about a character who was rejected by his peers, yet lingered to the morality of doing the right thing despite his potential to cause widespread destruction with superhuman powers. Pretty much, very similar to the movie “Chronicle” that was released in 2012. (Side note, it’s a unsettling feeling when you see movies with premises you wrote about years ago)

But don’t worry. If you think it was all sadness, it wasn’t. I believe when you’re so young, you still don’t truly know what kind of person you are. However, my attitude at that time in my life, it pretty much showed the kind of person I am and always will be. Because time and time again, hardship would happen. Bad things beyond my control would take place…and instead of wallowing in sadness and complaining about the same problem day after day…Remarkably, I’m actually very quick to accept things I can’t control and focus on the things I can.

It sucks that I’d have to be moving back in with my parents, but I looked on the bright side. I started treating the month of June as a month-long vacation. As I said, it’s been a long time since I’ve actually been without a job. It was quaint. Writing really did help me escape and the more I wrote, the better I got at it. I developed other stories and explored different philosophies. The music helped.

Around this time, I remember listening to some of Se7en’s old hits that I overlooked in the past. Namely, from his Japanese album, the song, “Rainbow” and “Forever” were pleasant tunes like rays of light shining through the clouds.

Then, by the third week of June…the same company that fired me for allegedly stealing, called me and hired me back because they needed an editor. Weird, huh? So I went…not for the job, but because they owed me money. And to be honest, I had no shame in leading them on, letting them think that I would work for them. As soon as I got my money, I quit.

Now, with some cash in my pocket, I could rest a little easier while waiting for the end of June to come. But then…I’m not sure what compelled me, but I reached out to one of the clients I worked while I was with the start-up company. Most of the videos I worked on was for a criminal defense attorney named Kevin Hayslett. I simply sent him an e-mail saying that it was great to work with him and goodbye, because I was going back to Georgia.

I swear…it really was by God’s divine intervention…because with just one week before I set to move, Kevin gave me a phone call was like, “Hey, have you gone to Georgia yet?”

“No, sir. I’m planning on leaving next Tuesday.”

“I tell you what,” he said. “Why don’t you come over to my office tomorrow. I want to talk to you about something.”

So I went. It was a Saturday. His law office was closed and it was dark and honestly…one could get lost if you’re not familiar with the geography of the place. But I met with him in the very conference room I’m sitting in right now to write this. Kevin wanted to film his own videos and asked me to stay in Florida to be his editor. Last July 3rd, 2019 was my 10-year anniversary working for the law offices of Carlson, Meissner, Hart and Hayslett. They really are like a second family to me.

Honestly…it was one of the greatest things that ever happened to me. I’m almost moved to tears thinking how far I’ve come. But let me stop all that. Let’s stay in the era. 2009.

On July 3rd 2009, I started work for the law firm. I’d work from 10-6 and then, for most of July, I’d travel across the bay to visit my school and write as much as I wanted. And it was in August that I really dug into Yoko Kanno’s discography, downloading the entire soundtrack of Cowboy Bebop and Ghost in the Shell.

In particular, “Where Does the Ocean Go” was one of my favorites. It’s one of those things where you don’t even realize that you had the same song on replay. At that time, with everything going smoothly, compared to the stormy skies just months prior, my imagination, my dreams were so vivid. I had so many epiphanies, it was ridiculous. Honestly, I wish I had such a mind when I was in school and actually needed it for better grades. But my enlightenment, was happening now.

One of my greatest creations, perhaps my flagship written work, was born to that song. I created the characters, the world of “August the 18th” and “The Three Kings of Ybor” while listening to that song. I was 23-years-old. I wrote a screenplay about it, spawned short stories from it, and would eventually go on to publish my own novel based on those characters.

The stories revolve around Eliza Christie, the leader of a vigilante militia called August the 18th. This was back before the literary scene became flooded with “strong independent females…” I didn’t even create her for that purpose. In the beginning, my main character was the man Eliza was obsessed with killing. His name was Braden Pierce.

Braden Pierce is the nephew of Isaac Pierce, the head of the most dangerous organized crime family in the world called the Pierce Syndicate. Ever since Braden was a child, he’s been conditioned and trained to be a skilled killer. His first victim was Eliza Christie’s father. She was 15 when she saw Braden standing over her father’s body and she never forgot.

Thus, Eliza’s made it her personal mission to hunt down and destroy Braden and everyone associated with the Pierce Syndicate. She’s lost comrades along the way and struggles with loneliness, lust, and doubt like any other human. But what sets her and Braden apart from your common outlaws is that they took a Furyx Gene, a gene modification drug that granted them with enhanced strength, speed, and heightened senses while turning their skin dense enough to prevent penetration from small caliber rounds.

I explore the question of…what happens in a world where guns don’t matter? Here, Eliza Christie and Braden Pierce have become unstoppable outlaws battling each other with the entire city for their arena. It really is an epic and one day…if God wills it, I’ll bring it to the mainstream.