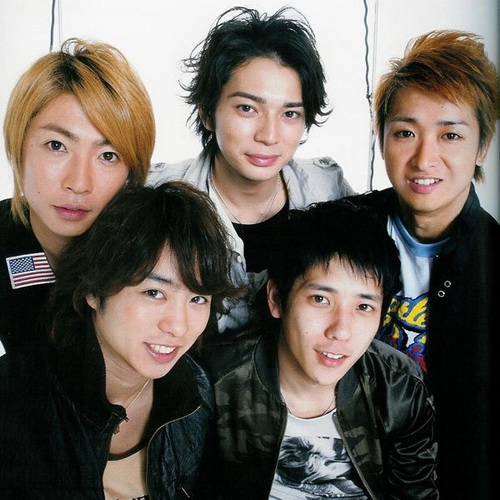 Allow me to take a moment to talk about Japan. Because for the last ten or so chapters, I divulged how I got into Korean music and started to explore and appreciate different the genres. However, during this time, I’d say late 2007, early 2008…there were some Japanese artists that caught my eye as well and it’s just unfortunate really.

Because the truth is, there are SOOO MANY Japanese bands, singers, and groups out there. Just like in the states. And unless you’re with a powerful label backing your play, there’s no way you’ll be discovered by a mainstream audience and reach a substantial level of success.

I’ve already written a chapter about a group called KAT-TUN. Yeah, back in 2006-07, it was undeniable that these guys were the undisputed kings of j-pop. I say it was undeniable, based on their popularity, the time they spent at the top of their charts, and their record sales.

However…in my eyes, that don’t make them the best. In my eyes, the best goes to the artists showcasing the better talent, the better songs, the better sound, the better performance. Of course, it goes without saying that I’m not Japanese, so what you’re about to get is the perspective of a then 21-year-old straight male living in the states. On that note, let’s begin with W-INDS.

Haha! So, at the time, while I was in college, I was into this anime that came on Cartoon Network called “Shin-Chan.” The ending theme song was cheesy as hell, but it made me smile. The above song of “Paradox” is a little cringy to be honest, with the random shots of juveniles just staring at you as if you stole their bike. But the choreography was better than I had seen from a lot of other Jpop boybands, especially KAT-TUN.

W-INDS consisted of three members, the lead vocalist, Keita Tachibana and two backup singers/dancers, Ryuichi Ogata and Ryohei Chiba. To be honest…it’s quite difficult to really see W-INDS as a group or boyband. Because on every track I’ve heard of W-INDs, it’s mainly Keita holding down the vocals and I barely hear the other two. It’s as if, the music label paired Keita with the two backup members purely because they didn’t think he was impressive enough to perform on his own. Mind you, they debuted in 2001 when Keita was merely 15-years-old.

Despite all this, W-INDs was super popular in the 2000s, selling in the six figures with each track. I gave them a try and the only two songs I really liked were “Paradox” and “Kuwari Yuku Sora”. In particular, “Kuwari Yuku Sora” was a very upbeat and positive track. I remember listening to that song many a nights. No matter what I was going through with college, lady drama, or the struggles from being so overweight and lonely…that song gave me hope in a strange kind of way.

At the time, I didn’t have many friends that I could rely on to give me a daily pat on the back and say, “chin up, everything’s gonna be alright.” Thus, the music helped me to internalized the confidence, to pick myself up and keep going. Hahaha! In the above music video, you’ll see what I’m talking about. I wish I had such a group of friends as a dependable support system. But I didn’t. So I dreamed that I did. And hope that one day, I would.

NOW THEN…let’s get into Arashi. Because if I had to pick which boyband was the “best” in all of Japan…It would hands down by none other than Arashi.