Korean Music – The Beauty of Understanding Nothing

I. Korean Music – The Beauty of Understanding Nothing 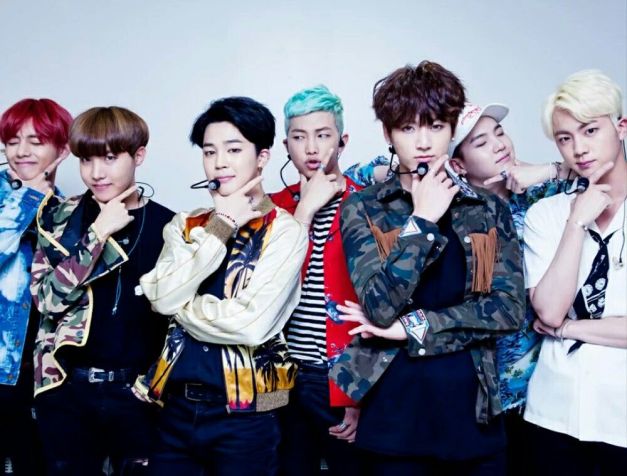 Why do you listen to Korean music if you don’t understand it?

The short answer: Because it’s better than understanding English lyrics and intensely disliking the message.

By 2004, I was fed up with mainstream American music. I was 17-years-old living in Augusta, Georgia with a military moved-around background. Even back then, before Google was big, I began to theorize how the entertainment industry used mediums like music, film, and television to promote a message, to promote a lifestyle.

Celebrities and what their producers put out…they’re the ones who determined what’s cool, what’s acceptable and taboo. I remember walking through the halls of high school every year, and every year it was something new that everyone was doing, everyone was conforming to. They said stupid stuff like, “I hear that” all the freaking time. Slang like “Shawty” and “trifling”…

As an adult, I have more of a “whatever” attitude. But back then, the lack of diversity was abysmal. The stereotypes were real and I never fit in with any trope or clique unless I pretended. I resented that.

Because the thing is…if you saw me in real life, you’d have never guessed that my favorite group growing up was the Backstreet Boys. By the time I was 15, I was over six feet tall, 250lbs, black, talked like a white boy but I’m not gay. I used to dream about being in a boyband. I could sing really well and danced like a son-of-a-gun. So much so that I literally dislocated my knee while popping and locking.

Also, it should be noted that my parents didn’t exactly expose me and my brothers to a wide variety of culture. I wouldn’t discover Queen until I was 23. I barely knew about groups like the Rolling Stone, the Who or Jimi Hendrix. Hell, I didn’t even know that much about the most celebrated black artists aside from the ones who were fortunate enough to have TV mini-series based on their careers.

I only listened to whatever was played on the bus or on my parent’s car radio, which was mainly pop and soft rock (90s hits). I never thought to myself, “I wonder what else is out there?” It was always just by chance that I came across something new.

By 2004, following the end of the boyband era and dealing with a whole host of internal teenage rage issues, I started listening to metal. I discovered bands like Slipknot and System of a Down and played them out for most of the year. I remember my driving my brothers in the car with me while blasting Slipknot’s “Surfacing” and they’d back down in their seats to avoid being seen. Haha! Those were good times.

However…I don’t know about the rest of you, but I’ve learned that I couldn’t just jam out to adrenaline pumping groove metal all the time. To me, metal was perfect for my mood and street racing. But I don’t get amped up, looking like I’m ready to rip into someone’s neck. Something about metal just calms me down. I didn’t notice until a friend pointed it out, joking that I was some kind of sociopath.

The best way to explain it…they’re screaming so I don’t have to. Think about it. If you’re super pissed off with no one to talk to or understand… simply being around someone who’s 10x angrier, it brings you down a notch. Well, it brought me down a notch. It’s like, “What do I got to be angry about? This guy’s fuckin’ furious!”

But that said, I’m not an angry person. I have my moments, sure. But it’s not like I roll out of bed full of rage. Blue skies. A cool breeze. The freedom from prying eyes and obligations…and I’m happy. In times like this, I’d like to hear music that’s just as uplifting. Which, brings me back to my original problem.

The pop music of 2004-2005 had some horrible messages, in my opinion. I never care about materialistic superficial things like cash, clothes, cars, poppin’ bottles or dropping it like it’s hot. I’m not a club-banger. I don’t drink. I don’t smoke. And oddly enough…I didn’t care that much about sex. I liked women, but the idea of being with one just to get laid…this desire wasn’t strong in me at the time.

I know that’s weird. Pretty much, I’m lame in the eyes of young people who want to do things that’s “in.” Even back then, I liked to read, write, and just go…anywhere in my car. My pleasure came from production. Being tasked, trusted with a job, realizing that everyone depended on my output and simply making it happen. I liked to help my friends, comfort them. Make them laugh.

Plainly put…there wasn’t any popular music, hip hop, or R&B that I could relate to. It’s kind of like the argument some marginalized groups in the U.S. have about TV shows. For a man like me, there was/is no representation.

Not sure how I adapted this attitude, but ever since I was a kid I always had this innate, rebellious drive where…If I feel like you have no place in this world, pick your chin up and build your own place in this world. It was the same when I’d eventually go to college. They said, “you have to play the game to win it.” But every game I want to win has been dominated with high scores locked in place and guarded by ridiculous high walls. Do I really want to spend my life trying to climb over all that? Or would I rather venture into uncharted territory and build my own kingdom from scratch? So off, I went…

By January of 2005… I was 18-years-old and just dumped by the first girlfriend I ever had. So yeah, the holidays saw me pretty much playing out “Wait and Bleed” and some of Linkin Park’s greatest hits. I was so thirsty for something different that I even took to listening to the soundtrack of video games like “Need for Speed Underground” and “Smackdown vs Raw”.

Then one day, I was messing around with this anime on-demand network and I saw two music videos that were available for viewing. One was L’Arc En Ciel’s “Ready Steady Go,” and the other was O-Zone’s “Blue”. They were Japanese music videos. The first foreign music video I ever saw was “Ready Steady Go.”